Sometimes a bug  can be a feature. Perhaps, more commonly, a bug is an implicit end user request for a feature not originally envisioned. In the radio communications world, high signal attenuation is typically considered a problem, hence a “bug.” 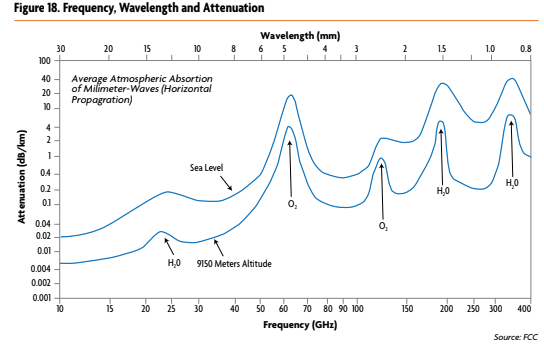 But high signal attenuation is a bug that becomes a feature for mesh access networks. Basically, the signals attenuate so rapidly that there actually is little signal interference for access networks with many paths.

For mobile operators facing ever-increasing requirements for capacity, but with stubborn limits on end user willingness to pay, high-capacity millimeter wave spectrum is a feature, not a bug. The same will be true as mobile and wireless communication networks begin to exploit teraHertz spectrum as well.