Even as some telecom service providers seek new roles in the advertising and enterprise services realms, the foundation of the business will remain subscription-based products. And even that is a shift from past practice, where consumption-based pricing tended to rule.

The main point is that usage-based pricing models do not make sense when revenue-per-bit metrics vary as wildly as they now do. Entertainment video revenue per bit is astoundingly low, given the bandwidth intensity of that service. Revenue per bit is very high for voice and text messaging, but people are using less of those services.

On the supply side, the network now has to be built to support video consumption, which also means the network is optimized for very-low revenue per bit.

Sure, there were fixed monthly subscriptions for the right to use communications networks. But there also were key usage-based charging mechanisms based on volume of use: number of voice minutes per billing period (especially for long distance), number of text messages sent and received or amount of data consumed.

There traditionally also was a geographic component to pricing. Communications over longer distances were assumed to use more network resources, and therefore incurred incremental charges based on distance traversed. The best example was business special access, which had mileage components for pricing.

On the connectivity services side of the business, though, subscription-based pricing, untethered from usage, are becoming the norm.

Telecom services traditionally have been sold on consumption basis, as are nearly all other products: minutes of voice, number of text messages, buckets of data usage.

The point is that revenue drivers and retail packaging models also are changing as the whole industry shifts to connectivity revenues based on internet access and video. Though cost per bit, cost per customer, cost per potential customer, revenue per service and account do matter, perhaps the key metrics are changing.

On the cost side of the business, “per bit” or “per unit consumed” metrics increasingly are nearly, or completely, irrelevant. One has to assume the network has certain capabilities, but revenue is not directly related to specific cost or revenue profiles, apart from subscriptions sold.

So usage (data consumption) of communications networks is not related in a linear way to revenue or profit.

And that fact has huge implications for business models, as virtually all communication networks are recast as video transport and delivery networks, whatever other media types are carried.

Something on the order of 75 percent of total mobile network traffic in 2021, Cisco predicts. Globally, IP video traffic will be 82 percent of all consumer internet traffic by 2021, up from 73 percent in 2016, Cisco also says. 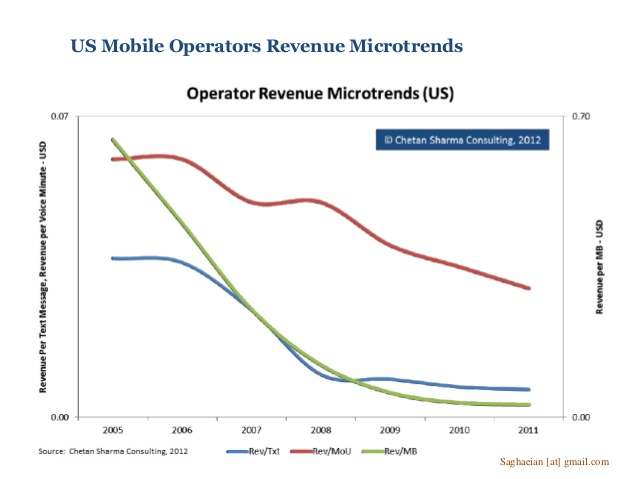 Some even argue that cost per bit exceeds revenue per bit, a long term recipe for failure. That has been cited as a key problem for emerging market mobile providers, where retail prices per megabyte must be quite low, requiring cost per bit levels of perhaps 0.01 cents per megabyte. 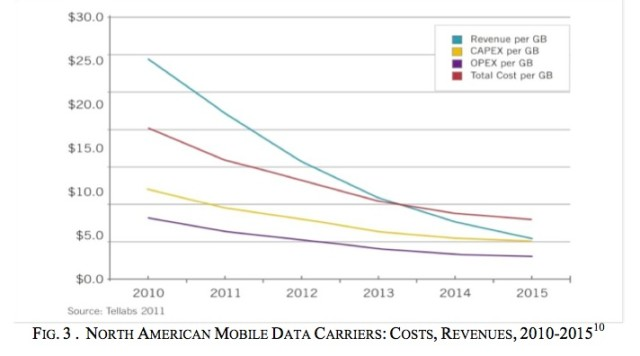 So the basic business problem for network service providers is that their networks now must be built to support low revenue per bit services. That has key implications for the amount of capital that can be spent on networks to support the expected number of customers, average revenue per account and the amount of stranded assets.

Operating costs also become a continuing issue, as the cost per customer is high and getting higher, as competition shrinks the market share any proficient provider can expect to obtain.

As always, the problem is that propensity to spend is fairly linear, while data consumption and demand are non-linear. So the solution to maintaining a revenue-cost relationship that is positive is to reduce the cost of supplying a bit, add new revenue sources higher in the stack, add new geographies and accounts or otherwise gain scale.

Not many who were in the communications business 50 years ago would have believed that would be the case, and so dramatically necessary.