Over the past few years, some have worried about the cost of 5G spectrum, although spectrum prices are dropping, generally speaking, in part because there is a huge increase in supply, and because mobile operators must now more carefully weigh the cost of new spectrum against expected financial return.

Recent auctions of 3.5-GHz spectrum have no clear pattern, especially since the various auctions featured different amounts of total spectrum and different license allotments (bigger or smaller amounts of spectrum per license), and there always are local market drivers (some contestants have greater needs for spectrum).

The point is that supply and demand issues affect price, as always. Finland offered the most 3.5-GHz spectrum, at 390 MHz. Spain and Italy each sold 200 MHz. U.K. regulators auctioned 150 MHz.

On the other hand, at least one Australian official worries that a recent big merger between TPG and Vodafone will reduce demand and lead to lower prices. 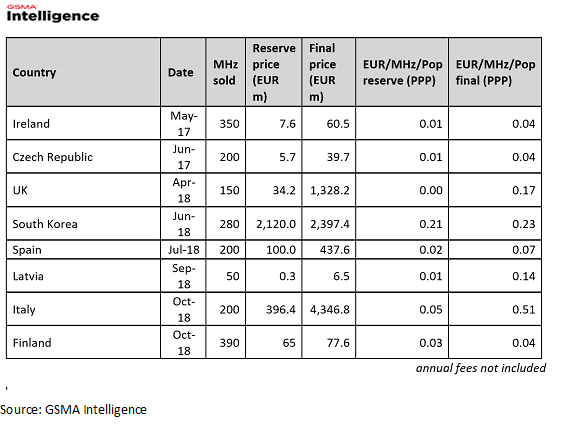 One might simply argue that supply and demand will  work. Whatever the limits on new spectrum at 3.5 GHz, regulators simply must make more spectrum available in other bands. More supply takes care of pricing pressures. Releasing more unlicensed spectrum, spectrum sharing, spectrum aggregation and additional spectrum in the millimeter wave bands all will help ensure there is plenty of 5G spectrum and that prices will not be onerous.

Supply in the 3.5-GHz auctions will be something of an issue, in most countries, as there is not lots of spectrum available there. 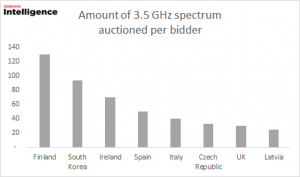 French regulator Arcep’s chief Sebastien Soriano announced it will be challenging to keep prices low for a 2019 spectrum auction, especially when supply cannot keep up with demand, but said it wants to find a way to do so.

Traditional government views of spectrum auctions as easy ways to raise government revenues also are issues. Policymakers have to balance the need to make lots of spectrum available with the desire to raise revenues.

As you would expect, firms that have paid high prices justify their actions by arguing the new spectrum will help reduce costs per gigabyte, as well as supporting all the new end user demands for capacity.