Prospects for mobile substitution for internet access hinge mostly on price, as in many markets, “mobile broadband connections do however run at faster speeds than most home wireless broadband plans, and offer more flexibility,” says Lifehacker.

In a number of countries and markets, mobile substitution of this type already exceeds 20 percent. The big issue for would-be suppliers of mobile products that directly replace fixed network connections really boils down to usage plans and cost per bit (price) similar to fixed network offers. 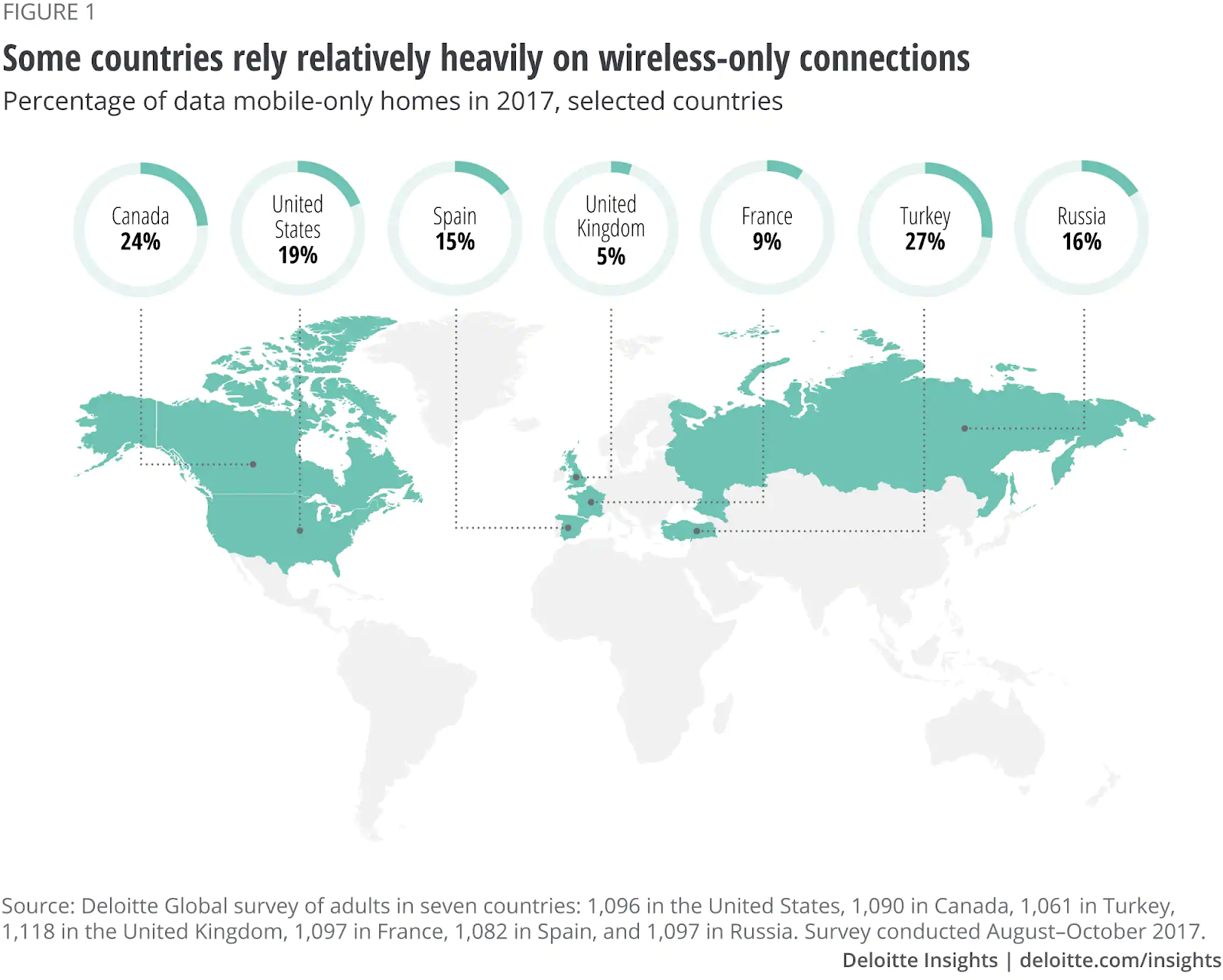 Assume per-user mobile data costs $50 a month, while per-household fixed data costs $70 a month, and about $28 per user in each household. For a multi-user household of an average 2.5 users, that implies something like $78 per user for an all-mobile approach.

It’s a rough estimate, but that implies usage allowances currently set at about 110 GB, priced at about $80, would be competitive offers for many users, and allow substitution for fixed internet access.

Obviously, the attractiveness of going mobile-only is higher for users who already mostly use their mobiles for internet interactions, watch a moderate amount of streaming video and live in one-person or two-person households.

That is one reason KT in South Korea has been careful about its 5G tariffs, pricing in ways that tend not to compete with fixed networks. Limits on tethering are one way that can be done.