Most observers of mobile markets would likely agree that future growth is going to come from sources other than voice, messaging or even mobile data, once use of mobile services and mobile data gets to be ubiquitous. AT&T has one answer: become a content, media and advertising company.

For other service providers, that will not make sense. So the hunt for those new revenue sources leans on becoming a distributor of entertainment video in the near term and a player in the internet of things ecosystem over the longer term. The reasons are clear enough.

With the caveat that the data shows use of carrier voice and messaging (not total voice or messaging using apps and carrier services), as well as mobile data (not including substantial smartphone usage of Wi-Fi), voice and messaging volumes on U.S. mobile networks have dropped since 2012, according to CTIA. Data usage climbed dramatically, as you likely would guess.

One obvious conclusion is that the volume (not necessarily the revenue) of traffic has shifted dramatically from carrier apps (voice, messaging) to “dumb pipe” internet access. That is a different matter from any arguments we might make about the volume or importance of connectivity services overall. 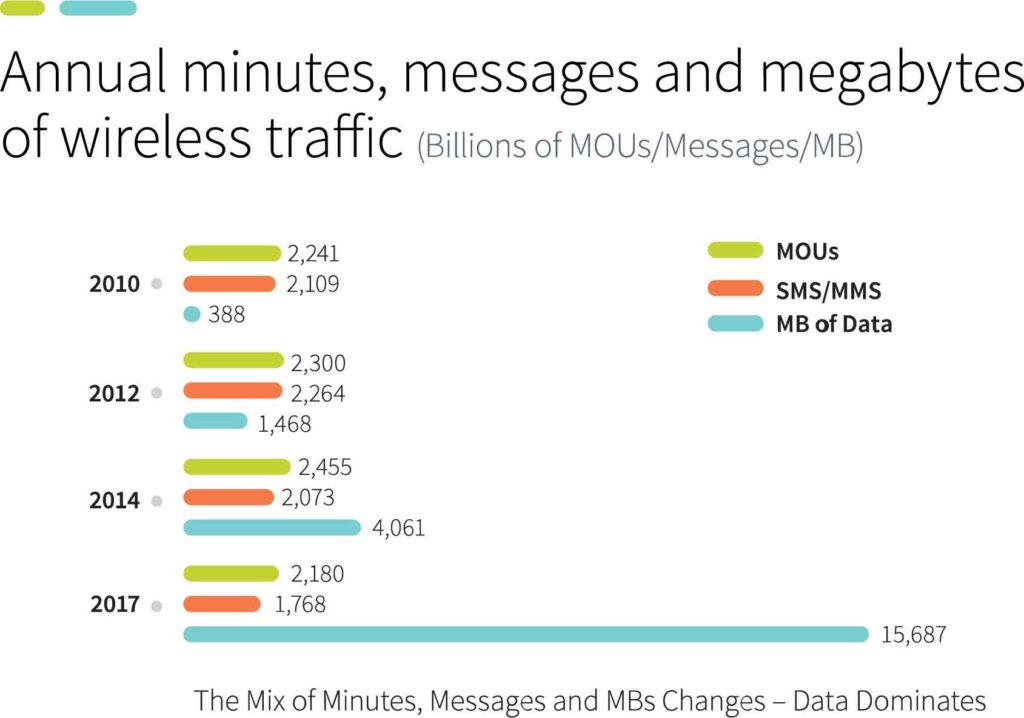 It also is safe to argue that, over the coming decade, the amount of traffic represented by carrier video will grow dramatically. That will not always have direct repercussions for every mobile service provider. For AT&T, DirecTV Now will represent both a new “application” and subscription revenue source.

For Verizon, video might represent advertising revenue more than video subscriptions. For Sprint and T-Mobile US video is most likely simply to represent growth of data usage

The amount of revenue upside hinges on the types of video strategies adopted and the success mobile service providers have at shifting video viewership to mobile modes. The U.S. video subscription business represents about $120 billion in direct annual revenue.

Mobile advertising is some fraction of the perhaps $70 billion in TV advertising.