Internet access providers long have known that there is no linear relationship between data consumption and revenue earned for providing that access. On the other hand, there is a somewhat linear relationship between cost per bit and data consumption. The bad news for internet service providers is that, no matter what they do, consumers might not be willing to spend much more than they already do on internet access (mobile or fixed).

New data from the U.K. Department for Digital, Culture, Media & Sport shows that although mobile customer spending on mobile internet access is roughly flat between 2012 and 2016, data consumption and cost per bit show a relatively inverse and linear relationship. 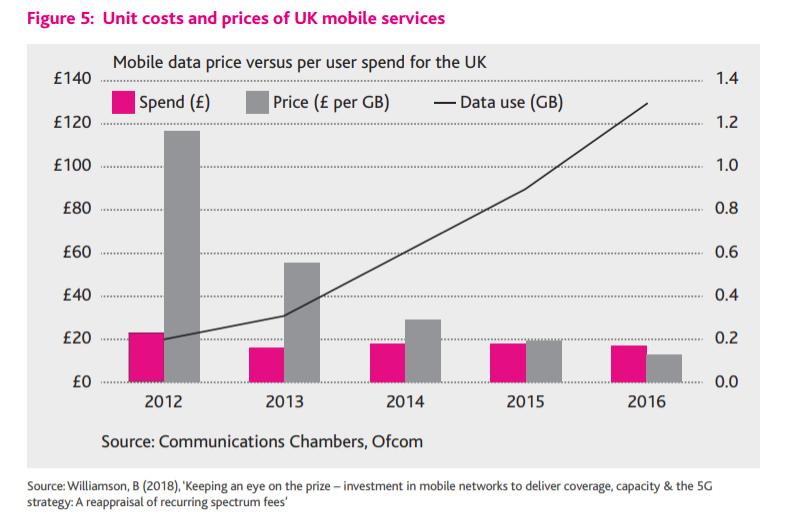