So comparing OTT subscriptions and linear video accounts is not exactly an “apples to apples” exercise.

Overall, 186.7 million U.S. adults will watch linear TV (cable, satellite or telco) in 2018, down 3.8 percent over 2017, according to eMarketer. Whether that corresponds in a linear way to subscriptions is not so clear, since most U.S. households are multi-person.

According to eMarketer, the number of cord-cutters (adults “who have ever cancelled pay TV service and continue without it”) will climb 32.8 percent in 2018 to 33.0 million. Again, it is a nuance, but if a single household with three residents “drops service,” it is conceivable that the number of people reporting they are cord cutters is three, not one. 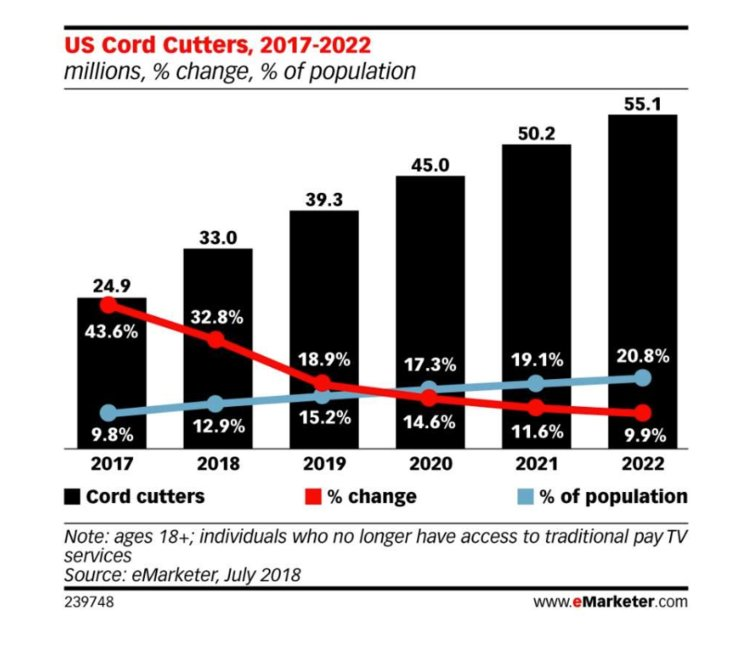