One often thinks of satellite communications being most valuable for reaching customers in highly isolated locations where fixed networks are impossible to build or merely too expensive. That often includes wide parts of the developing world. But SpaceX might get an early test of demand for its low earth orbit internet access service in North America, as early as summer of 2020. And that could prove an early data point for LEO constellation ability to compete with mobile and fixed internet access services.

SpaceX has successfully launched another 40 satellites into low earth orbit, bringing the Starlink constellation of LEO broadband satellites up to 175. Assuming SpaceX continues putting satellites in orbit at a rate of 60 satellites per launch, 11 more Falcon 9-Starlink missions this year will meet the 800-satellite threshold for “moderate” levels of internet coverage. That could happen by June 2020.

By the end of 2020, there should be about 1,500 Starlinks in orbit. Internet service providers in Canada and northern parts of the United States, take note: Starlink will be able to supply consumer and business internet access across those regions by about June.

It is not yet clear how Starlink will price its service. Right now, geostationary bandwidth represents perhaps 0.6 percent of consumer internet access connections, according to Northern Sky Research. 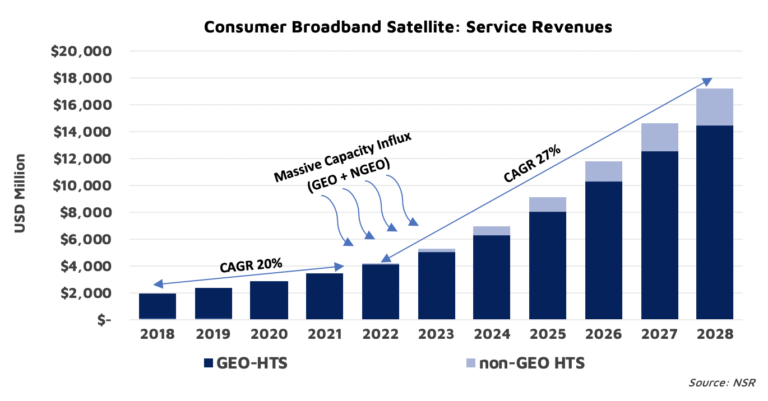 Forecasts must assume dramatic reductions in earth station costs, with consumer pricing not too far from current expectations, if LEO-based internet access is to be competitive with GEO service and fixed networks (wired and wireless).

In many regions, internet access does not reach high levels until consumer prices drop below about five percent of gross national income per person. In the United States and Canada, competing with other alternatives will require getting recurring service costs even lower, into the one percent range, most likely, as that is where existing consumer services are priced. 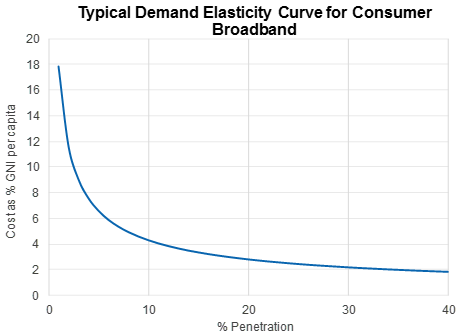 Of course, in the early going, price subsidies are likely to be important, as earth station gear will likely not enable low consumer service prices. Longer term, it is possible that LEO service winds up being more important for business customers than consumers, though.