Despite lots of presently-hypothetical use cases, much of the early enterprise demand for 5G still relies on the traditional value of “more capacity,” even if the long-term value will tend to be built around latency performance.

New enterprise use cases will develop, but require the simultaneous availability of software, hardware, platforms and skills that can be deployed within the confines of existing firm budgets. So the immediate value of many large venue 5G deployments is simply capacity. Sports and entertainment venues, college campuses or airports provide examples. In other cases the business case likely hinges on deployment of new applications that make use of 5G, including private 5G networks. Manufacturing plants, warehouses or enterprise headquarters locations might provide examples.

None of that would be historically unusual. Since 3G, each successive mobile platform has been touted for its ability to support new applications. To be sure, new use cases did eventually develop. And one observation is likely apt: the more  futuristic apps did not actually develop within a decade of being proclaimed as possible. 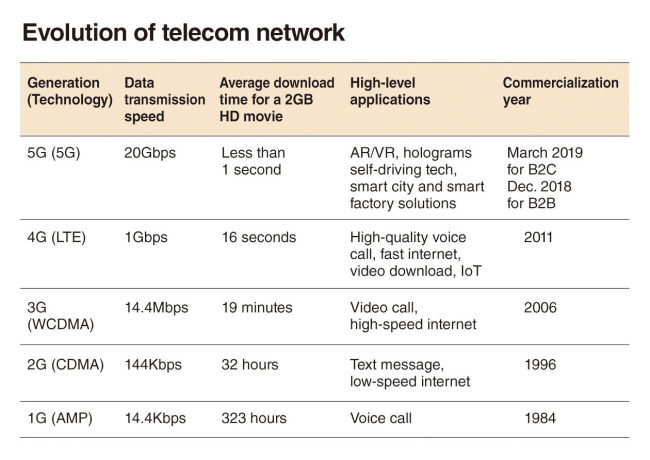 Mobile operators expected that video calling and movie downloading would be big killer apps for 3G. That did not happen until 4G, but even then, streaming replaced downloading as the use mode for entertainment video.

Augmented reality apps were supposed to develop on 3G networks. That still has not happened.

In fact, many would find it hard to point to a killer app for 3G. But mobile email and internet access, albeit at slow speeds, often are cited as 3G key apps. 4G has mostly given us the value of mobile internet and entertainment video.

Eventually, new apps do emerge, but often not the predicted apps. The near term business case always involves the simple matter of increasing capacity while lowering the cost per bit. And some might say the early value of 4G was just speed.

You might argue text messaging was the new killer use case for 2G. You might suggest mobile email and Internet access was the legacy of 3G. Video entertainment is developing as the singular new app that defines 4G.

In fact, some would argue the killer app for 3G was mobile access to email (remember BlackBerry). Others imagined 3G mobile phones would coordinate with traffic cameras to suggest the best routes for drivers to take, while 3G camera phones allowed photos to be sent websites. Music and video streaming were other potential killer apps that became widespread realities in the 4G era, however, not in the 3G era.

Indeed, some even argued that consumers did not need the bandwidth 3G would provide. That arguably was not claimed as the 4G era approached.

As 4G was becoming a reality, some argued 4G killer apps might include live mobile video, mobile gaming, cloud-based apps, navigation with augmented reality or telemedicine might develop as killer apps. Several of those predictions arguably proved correct, especially the usefulness of cloud apps of all sorts. Apps expected for 3G actually appeared in 4G, it is safe to say. And virtually nobody seems to have anticipated apps such as Uber.