In the 3G era, business models were  unclear at the onset. And though we forget, that was true for the 4G era as well. So we should not be surprised that uncertainty exists around 5G.

In fact, present views on 5G introduction seem similar to that of 3G, according to McKinsey consultants. “The conditions are similar to that of the rollout of 3G in the early 2000s, when adoption was initially slow, with fixed wireless access one of the only real early use cases and handsets still expensive and relatively scarce,” they say.

That uncertainty is reflected in service provider executive views on the immediate value of 5G, which lies not in futuristic new use cases, but practical concerns such as maintaining network leadership and customer experience. Gaining additional capacity and creating a platform for internet of things follow.

Although many operators say publicly that they see IoT as a 5G priority, that is not yet reflected in the executive views on 5G value. 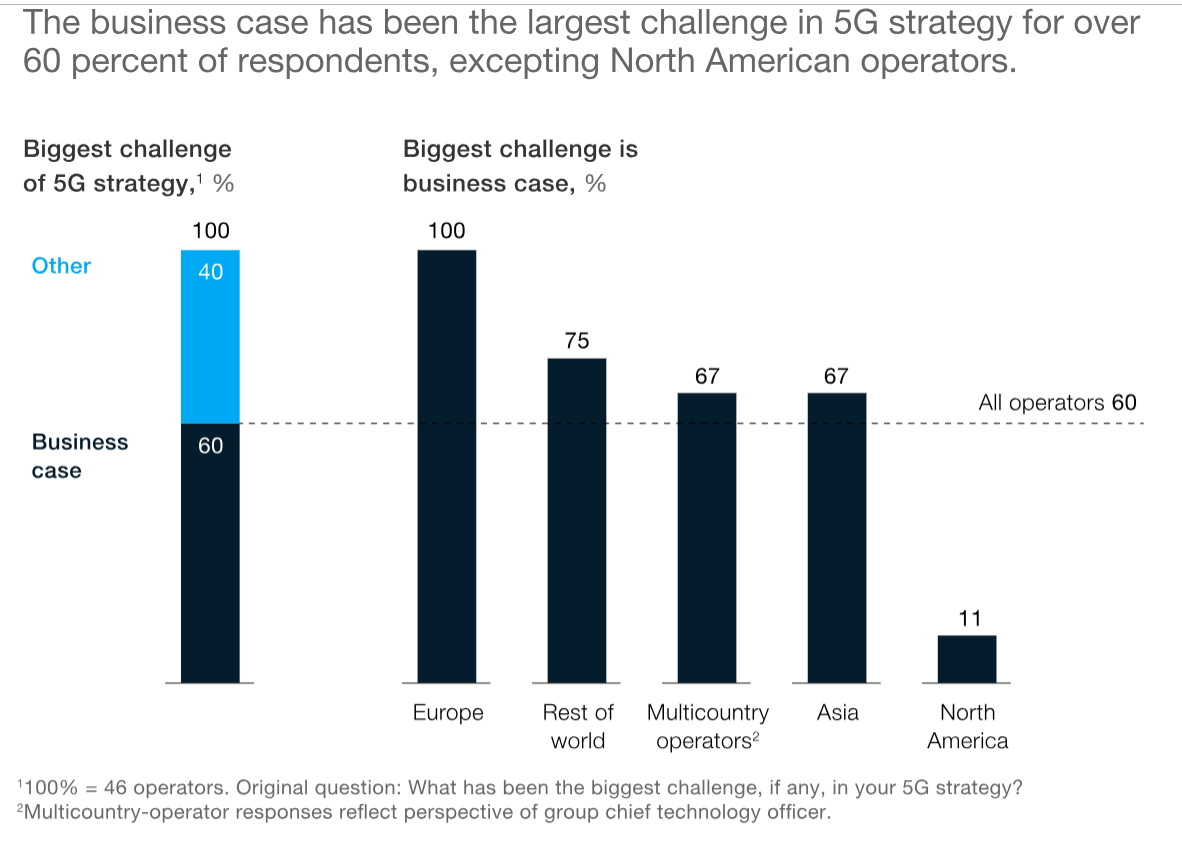