One of the touted big drivers of 5G value is speed, offering mobile broadband speeds, in some instances, up to a gigabit per second, using millimeter wave, and often in a fixed usage deployment. Perhaps surprisingly, given all the hype about 5G data speeds, you might think mobile internet access speed also is a major driver of consumer satisfaction with mobile service providers. But a survey of consumers by Deloitte suggests data speed accounts for about six percent of satisfaction drivers. 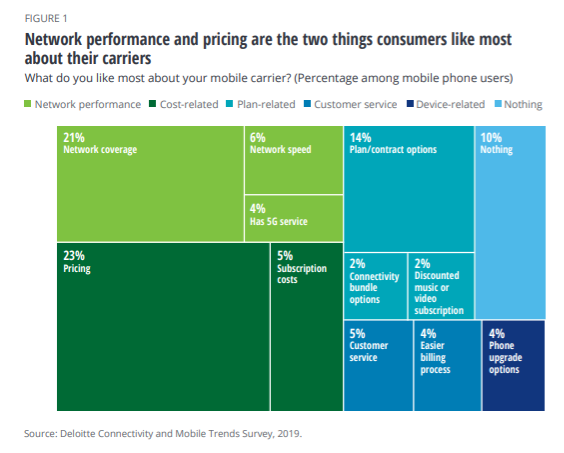 On the other hand, when asked specifically about what is important when choosing a smartphone service plan, though network coverage remains the top issue, network speed jumps to second place, representing the most important factor for about 20 percent of respondents. 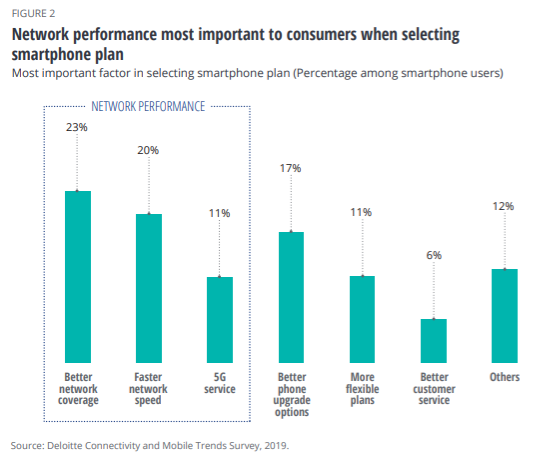 Of course, consumer expectations do not always align with technology innovations. Some 63 percent of surveyed consumers believe 5G will lead to better connectivity inside homes, which is almost certainly not going to be the case for the millimeter wave services that supply the most capacity.

Indoor reception might not be too much worse for mid-band services, but might improve for 5G using low-band frequencies (600 MHz or 700 MHz, for example), compared to either 3G or 4G. 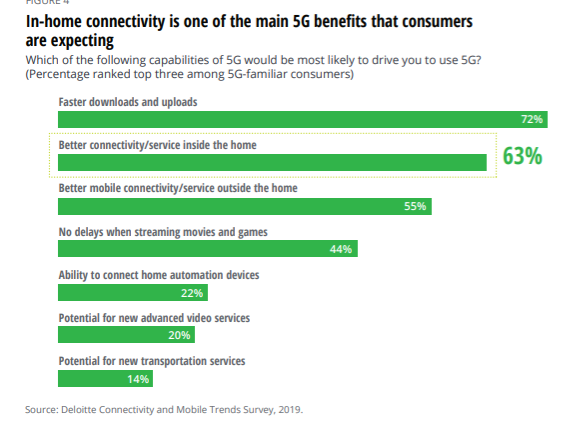