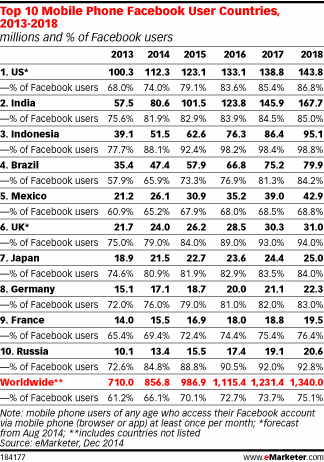 Nearly 63 million people in Indonesia will access Facebook using their mobile phones at least once per month in 2015, according to eMarketer research.

By 2018, Indonesia will have 95 million Facebook users, behind only India and the United States.