The study of industrial internet of things attitudes conducted by ARC Advisory Service has found 60 percent of respondents plan to take a hybrid approach by balancing future investments in the edge as well as the cloud. Of the 327 industrial executives, 48 percent work in North America; 30 percent in Asia; 20 percent in Europe, the Middle East and Africa.

The majority of respondents expect to deploy real-time analytics capabilities on premise and as close to the manufacturing process as possible, either at the edge, or on the plant floor level, the study funded by Stratus suggests.

Some 18 percent of respondents would rely on the analytical function at the data center, while about 25 percent  would rely on cloud analytics. 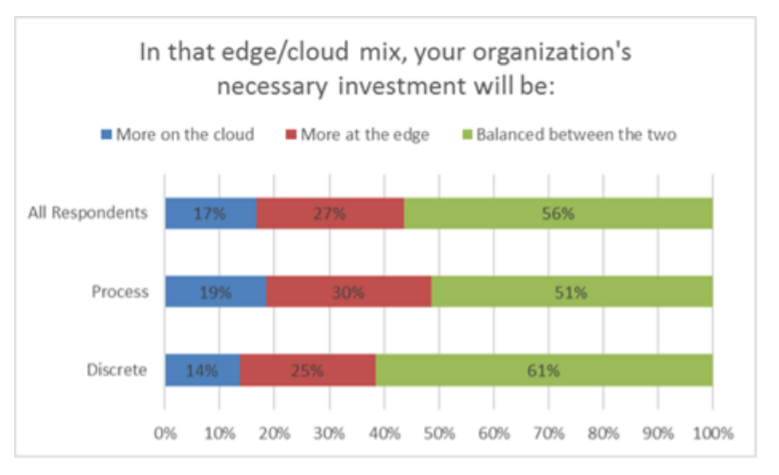