It always matters how a question is asked, but some might be more than a little surprised at the findings from an Omdia survey of expectations about 5G, cited by BearingPoint.

Survey respondents expect that as much as 73 percent of 5G revenues will be driven by business, enterprise and government smart cities sales. That would be a shocking result. It might be more realistic to expect that some 70 percent of incremental new use cases or revenue streams will come from B2B sources.

Given that 5G will replace 4G, eventually nearly all 4G consumer accounts will switch to 5G. Since consumer subscriptions are a majority of mobile operator revenues, it is hard to see how B2B could have that much effect. Near term, executives expect that perhaps 25 percent of 5G revenue will be driven by consumer accounts. The numbers do not seem to fit reality. 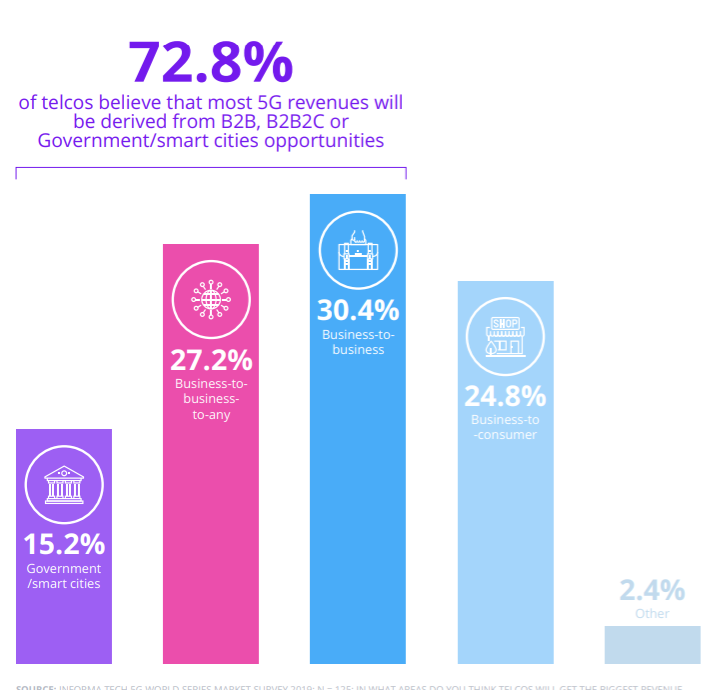 If 68 percent of total revenue often is earned from consumers, it is hard to see the business-to-business revenue remaining at such a high percentage of total, long term.