There were 497 million LTE subscriptions worldwide by the end of 2014, up 290 million during the year, equivalent to 140% annual growth, according to the Global mobile Suppliers Association.

The Asia-Pacific region region increased its share of connections to 47 percent at the end of the year, up from 40 percent in June 2014.

North America is the second largest LTE market with 33 percent of global LTE subscriptions, down from 42.3 percent in June 2014. Europe increased its share in the same period from 14.3 percent to 16 percent at year end.

GSA forecasts there will be at least 450 commercially launched LTE networks globally by the end of 2015. 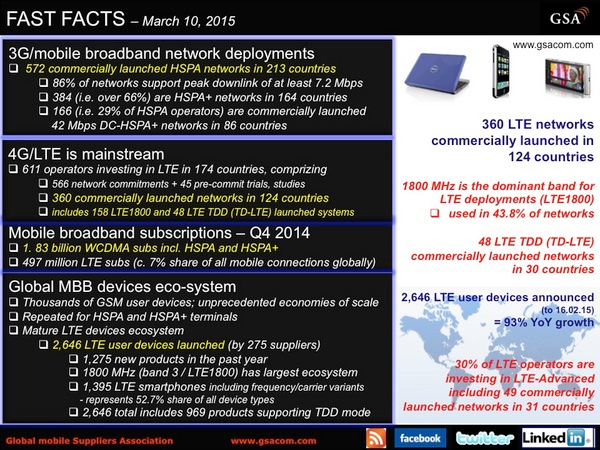