By Gary Kim
Posted September 29, 2018
In Business Model, Internet Access, Mobile
More Evidence: Major Firms Need to Replace 1/2 of Current Revenue Every Decade2018-09-292018-09-29/wp-content/uploads/2017/04/spectrum-futures-lgo.pngSpectrum Futures/wp-content/uploads/2017/04/spectrum-futures-lgo.png200px200px
0
0
One rule of thumb I use when looking at business model change is to assume that a tier-one service provider will have to replace half its current revenue with new sources every decade. And that might be a reasonable rule for suppliers of apps, platforms, devices and components as well, not just communications service providers.
In 2012, for example, Intel earned nearly 70 percent of revenue from “PC and mobile” platforms. By 2018, PC/mobile had dropped to about half of total revenue. By 2023 or so, Intel should generate 60 percent or more of total revenue from sources other than PC/mobile. That is a pretty good illustration of the rule that major suppliers outside telecom need to create brand-new revenue sources to replace half their current revenue every decade.

source: Trefis
If you hear executives talking so much about innovation and new services, that is why: companies need to replace half their revenue every decade, and do so in every decade, from now on. 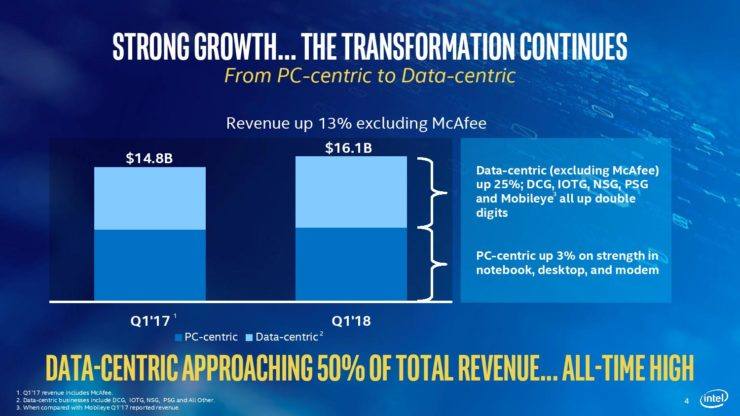