That illustrates a core principle of mine that current telco revenue shrinks by 50 percent about every decade. And that is why the search for replacement revenue sources that scale is so important. 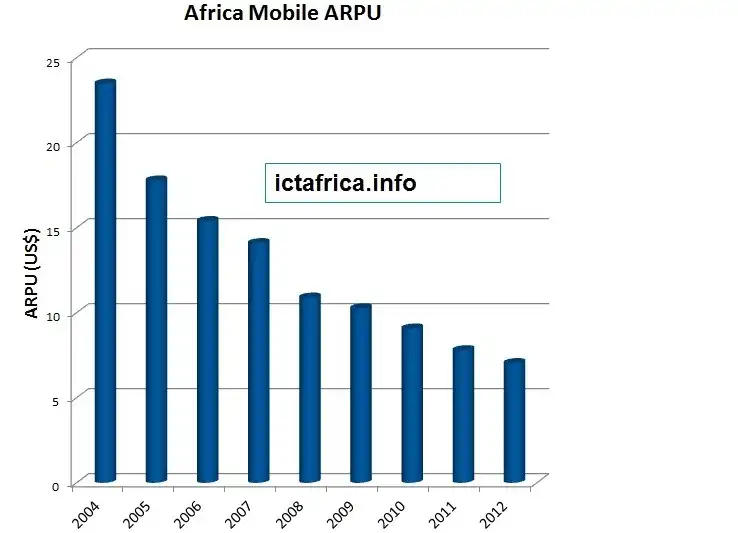 In Western Europe, ARPU fell from about $32 in 2006 to about $15 in 2016, a fall of greater than 50 percent in 10 years, according to PwC estimates.  In Latin America, Asia and the Middle East, ARPU fell by about 50 percent over that same time period. 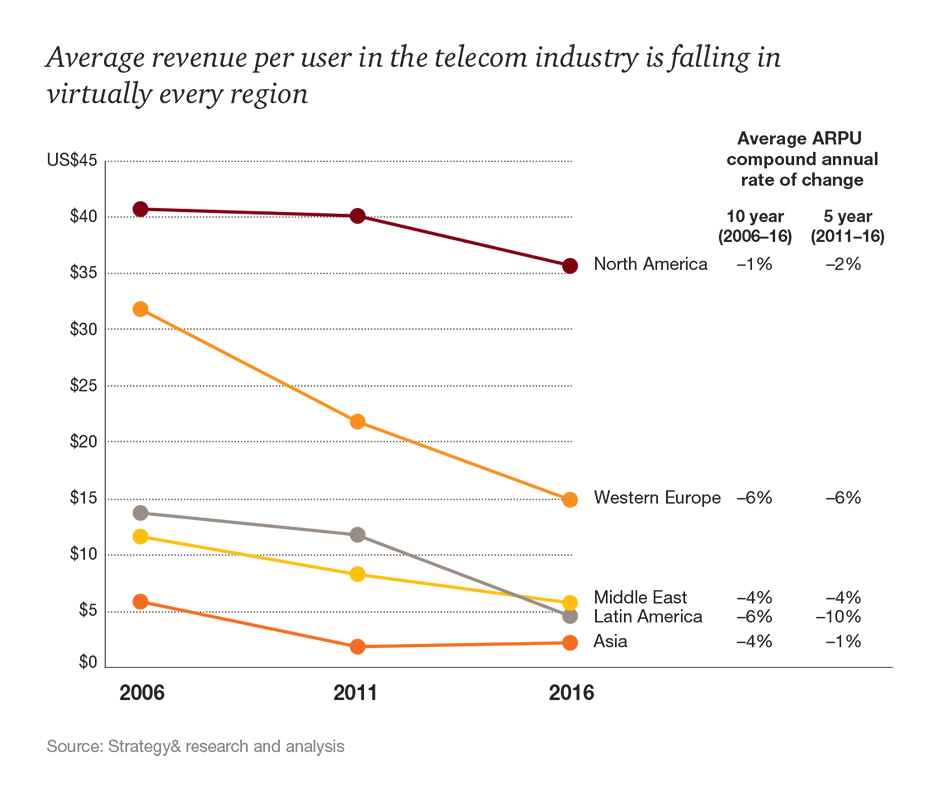 Trends in global text messaging revenue nicely illustrate my contention that service providers have to replace about half their current revenue about every decade.

In the messaging area, over the top apps have displaced as much as half of the former mobile messaging revenue stream, and as much as 81 percent reduction in text message revenue in a little more than a decade, in some countries.

Between 2017 and 2022, global SMS revenue (person to person) is likely to drop about 42 percent, according to researchers at Ovum. “Unfortunately for most telcos, P2P SMS has become essentially value-less, since they have had to bundle unlimited SMS into mobile tariffs to remain relevant to their customers, an increasing number of whom use chat apps such as WhatsApp, WeChat and Facebook Messenger,” Ovum argues. 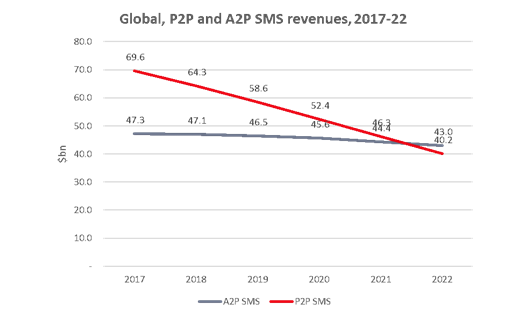