Nobody can yet say what features characterize 6G,networks. It is probably safe to say that 6G will grow out of 5G as 5G itself has grown out of 4G. The platform will reuse and adapt as much of 5G as possible, but address shortcomings 5G eventually is perceived to have. But a few observations make sense. It already is clear that new spectrum for 6G will come in the millimeter wave region. That already is on global roadmaps. That means small cells will be important for 6G, as well.

It is easy to predict that the design goal for 6G will be to increase speed by two orders of magnitude. That has been the case for each digital mobile generation, so far. So we should expect designers and architects to push for that level of speed increase.

Latency performance likewise has been reduced in each generation. But with 5G latencies already in the millisecond range, 6G will have to reach for near-zero latency, as a design goal, and matching real-world improvements over 5G.

It is also possible to characterize each generation by key application and use case innovations. 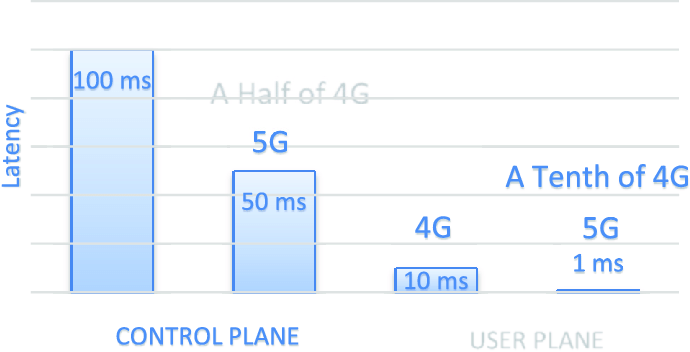 If 5G is any indicator, the 6G standards will be a mix of specifications relating to the core network itself, but also the way apps and sessions interwork with other key networks, as the 5G spec includes interworking with Wi-Fi, and ways to handle core transport using satellites, for example.

It is also possible that 6G is created with general classes of use cases in mind, as 5G was created as the first mobile network deliberately designed to support humans using phones and machines talking to other machines.

It seems safe to predict that as small cell architectures have become necessary for 5G to support new millimeter spectrum and higher speeds, so 6G will incorporate and extend such approaches.

As 5G was developed with new core network transport, virtualization, edge computing and internet of things in mind, so it is possible that 6G will be created with other frameworks in mind.

So far, it is way too early to speculate on what such frameworks might include. But it seems hard to believe that advances in artificial or augmented intelligence will fail to play a new role, in terms of the design of the physical, network and transport layers.

About the only safe bets are that speed will increase by two orders of magnitude, that we will rely even more on millimeter wave spectrum and that latency performance will decline close to zero.

It is harder to describe how 6G might change the realm of possibility, but Nokia Bell Labs researchers believe 6G will bring some new synthesis of the physical, digital and biological realms, in terms of applications and use cases.