All of us are by now used to the idea that Wi-Fi access inside buildings is supplied by the building tenant or resident, not a communications service provider. In the 5G era, it is possible that something similar will arise, in most locations other than large public venues, for 5G indoor coverage as well. The reason is physics. The higher frequencies used by 5G and coming 6G networks do not go through walls. So unlike mobile signals in the 2G through 4G eras, additional transmitters will have to be built to support indoor usage.

That means traditional suppliers of public network infrastructure will have new markets, selling direct to enterprise end users, in much the same way that data networking firms sell direct to enterprises and through channel partners to smaller businesses and organizations.

Private networking might not have service provider implications–positive or negative–as big as one might suspect. In essence, private 5G is akin to the traditional local area networks business.

And the LAN business, like the enterprise voice business before it, never has been the province of public network service providers, whose networks terminate at the side of the building. According to Real Wireless, most indoor small cells, for example, will be supplied by enterprises or their contractors, not mobile service providers. 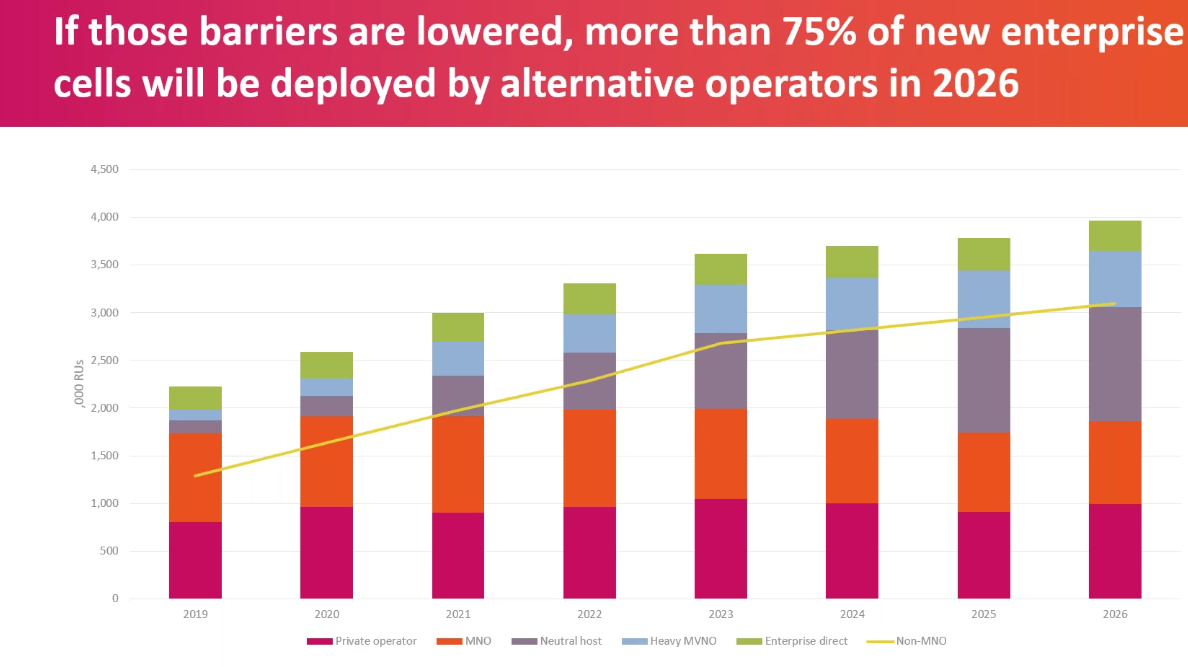 As interconnects and system integrators have led the enterprise voice and local area networking markets, so too will similar firms likely emerge to lead the private 5G market as well, and for similar reasons.

For starters, public networks terminate at the side of buildings, with private signal distribution inside buildings the province of property owners. So the whole connectivity service provider business is built on wide area connections between places. The revenue model does not depend on revenues from creating indoor premises networks.

So the core competencies of WAN and LAN firms are different.

Much of the LAN business also is fragmented and hard for large service providers to address in direct fashion. There simply is too much custom work, for too many small customers, to leverage service provider scale.

Even in the sales function, mobile operators do not employ direct sales forces except for enterprises. They often use channel partners to reach some business customers. And wholesale support for mobile virtual network operators might qualify as use of channel partners as well.

But for the most part, retail sales to consumers and small businesses are supported by mass media advertising and retail stores. Those same sorts of economics will drive the 5G private networking business as well.

But much of the actual work will be done directly by large enterprises or specialists in premises networking, as is true for business voice or local area networks generally. 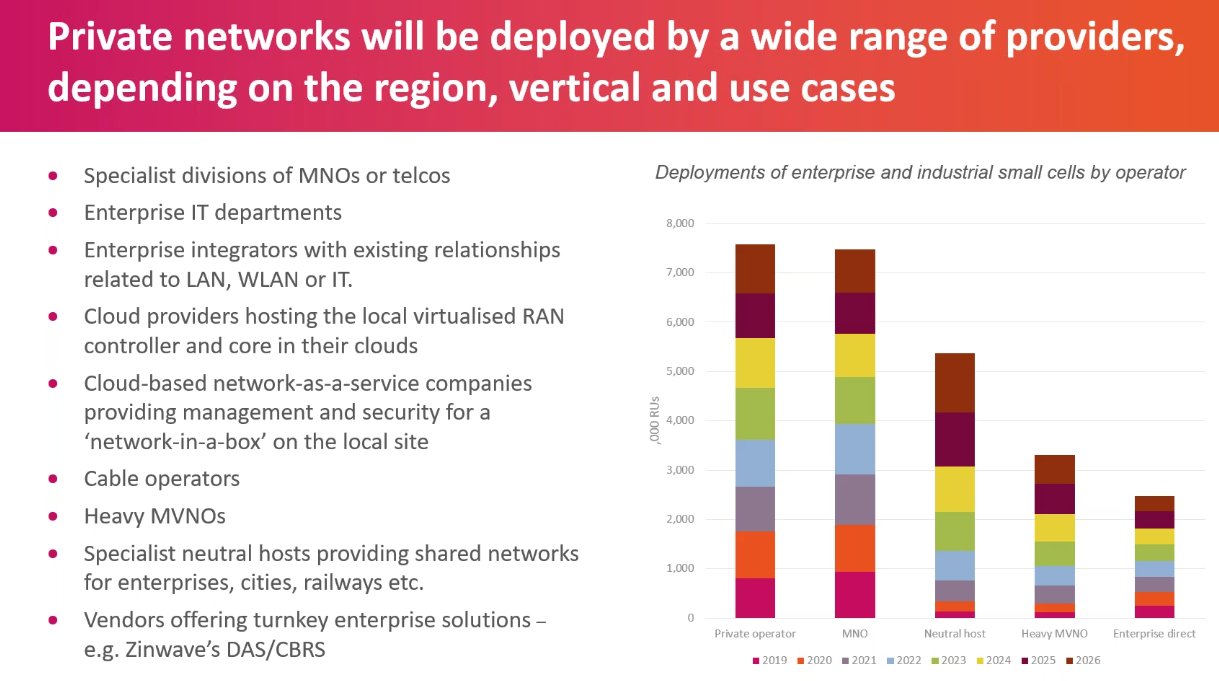