With rapidly-growing demand for mobile data bandwidth, disputes about reallocating spectrum are bound to grow.

At least in part, spectrum allocation policies might, in many cases, determine prospects for delivery of 4K TV versus mobile Internet services and apps.

Some might argue about the future for over the air TV broadcasting long term, as viewing shifts increasingly to on-demand modes that are fundamentally incompatible with all linear content delivery methods (satellite, cable TV, over the air broadcast).

Right now, the big disputes might concern the timing of any big shift towards on-demand, Internet delivery, and away from linear consumption. As a simple matter of physics, point-to-multipoint networks are ill suited to on-demand delivery.

If and when consumption shifts to on-demand as the primary mode, point-to-multipoint networks will be largely to completely unworkable. So one might argue the long-term strategic shift is away from point-to-multipoint broadcast networks of all types and towards “any to any” communication networks.

Some of the disputes concern frequencies licensed to government entities. Other areas where industry assignments will be contested are satellite, television and unlicensed bands.

In Europe, for example, it has been suggested that TV spectrum in the 694 MHz to 790 MHz former analog TV band be reallocated to mobile service, by about 2020.

It might be argued that changes in spectrum allocation will be shaped by usage. In the U.S. market, for example, more than 80 percent of all TV connections use some form of non-broadcast delivery (cable TV, telco TV or satellite TV). That might not be the case in other markets, where more than 40 percent of viewers might still get signals using the over the air TV networks. 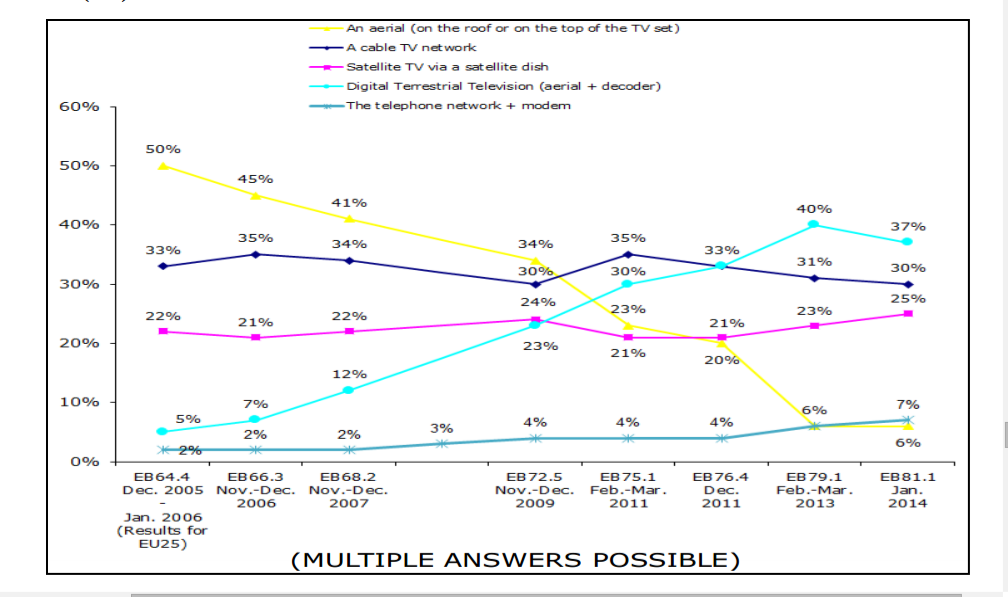