Most of the stories you will see about the U.S. C-band auction will emphasize the sheer amount of money spent to acquire some of the 280 MHz of spectrum. The auction will set a new record for spending in a single auction, to be sure.

The reason is that the Federal Communications Commission has never before auctioned so much desirable mobile spectrum in a single auction. The prior record was the sale of AWS-3  licenses for about 65 MHz of capacity that were crucial for 4G networks.

All prior auctions of low-band or mid-band spectrum were for even-smaller allotments. 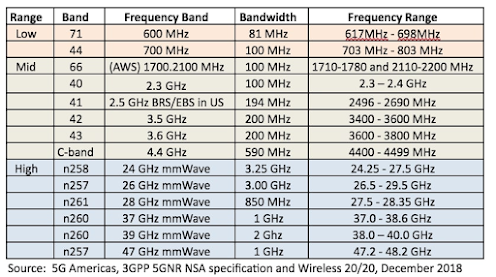 The final C-band prices vary by market and type of license, but nationwide average prices were 94 cents per MHz-POP.

So one would expect, based simply on volume, to see C-band proceeds four times greater than was bid for AWS-3. That auction raised $45 billion. So four times more spectrum, with the same strategic value–would in principle not be out of line in costing $180 billion.

Nobody believed that would happen, and it did not. On a cost per MHz basis, C-band prices were clearly less expensive than was the AWS-3 4G spectrum. The difference is simply the amount of spectrum being purchased. AWS-3 prices were far higher, at an average of $2.72.