Will 5G displace NBN or complement the Australian NBN network? Much arguably depends on pricing. And full mobile substitution is not actually the bigger danger, but the degree of substitution. In competitive markets, share shifts of 10 points can mean the difference between profit and loss.

It is possible that 5G will offer potential buyers a speed advantage over the fixed NBN network, if NBN speeds top out at 100 Mbps, but 5G offers gigabit speeds. If latency performance is comparable, then the key issue will be retail tariffs.

Up to this point, the mobile cost per gigabyte has been as much as an order of magnitude higher than the cost of using a fixed network alternative. But mobile operators know they must erase that differential to be competitive, and that is why lots of new millimeter spectrum, spectrum sharing, small cells, aggregation of unlicensed spectrum, open source technology and virtualization are so vital.

All of those developments will allow mobile operators to reduce the cost per gigabyte of mobile solutions to fixed network levels. By some estimates, perhaps 15 percent of U.S. internet users already rely exclusively on mobile internet access.

And that is under circumstances where mobile access is slower and ten times more expensive than fixed services. 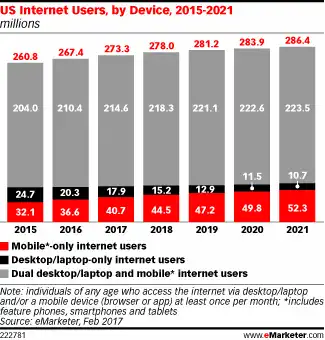 Over the past several years, concerns about millimeter wave signal propagation have lessened. In its own tests, AT&T has found it can deliver gigabit speeds from small cells at commercially-viable distances (450 feet to 900 feet from a base station).

Will 5G be priced in ways that some potential buyers can justify using 5G as a full substitute for fixed network internet access? That is the key issue.

Strategically, mobile substitution is almost certain to become a direct product substitute for fixed access, as mobility has become the primary way users consumer voice services, with the fixed network being a supplement. In fact, in the U.S. market, some already have noted that fixed internet access might have reached a peak in 2013. What is not clear is what is happening in the consumer broadband market, as compared to the business customer segment, as the consumer segment is where the product substitution is likely to be most obvious.