Many mobile service provider executives have professed concern about the business model for 5G, which might be considered misplaced, given industry history. That makes sense for the net new use cases and revenue models that might be possible: those business models must be built. 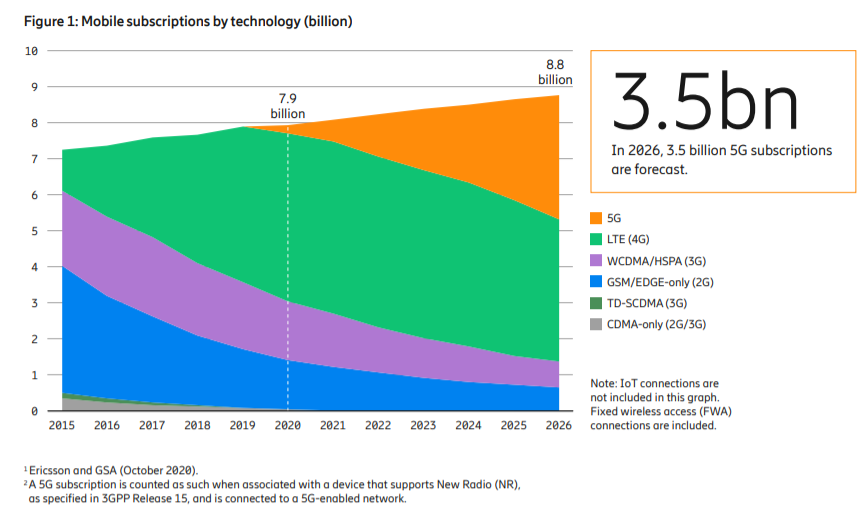 On the other hand, name one mobile platform–ever–that has failed to boost total or net revenues. To be sure, subscription growth alone accounts for most of the gains. And that growth driver is slowing.

Still, we have yet to see a single mobile platform that proved unable to drive higher total revenues. That does not mean such growth is inevitable, but new use cases and revenue drivers always have emerged, even when unexpected.

5G has both hygenic (maintenance) and transformative growth drivers, as did all the prior digital generations. The hygenic drivers include lower cost per bit, higher access speeds and lower latency, as customers consume ever-greater amounts of data.

The transformative drivers have been text messaging in the 2G era, web access in the 3G era, mobile internet in the 4G era (including social media, video entertainment and location-based apps) and will almost certainly be different in the 5G era.

Five years ago, some had concerns that 5G–especially when based on use of small cells–would cost so much that service providers could not afford to deploy it. That turned out to be wrong.

While executives would prefer not to invest in a new network, they know the industry does so every decade, and these days for practical reasons such as the need to supply much more capacity at largely the same prices now charged.

It is one thing to complain about investing more in capex. It is something else again to pretend the industry will not continue to introduce new platforms about every decade. As capacity requirements grow, it has proven necessary to support new spectrum, modulation techniques,  architectures and applications which the legacy networks and devices were not designed to support.