Mobile cellular networks have always been built on the principle of frequency reuse, the ability to increase capacity of a radio network by subdividing use of available frequencies within a coverage area. A simple way to explain this is how a cellular network and a tV broadcast network use spectrum.

A TV transmitter has one block of spectrum that is used across a coverage area. A mobile cell network, on the other hand, uses smaller channels and coverage areas (the cells) to effectively reuse any specific amount of spectrum it has the right to use.

In this example, where seven different frequencies are available in an area, the cells are arranged in a way that allows reuse of all seven frequencies across the entire service area, much more intensively, and increasing effective capacity of the network. 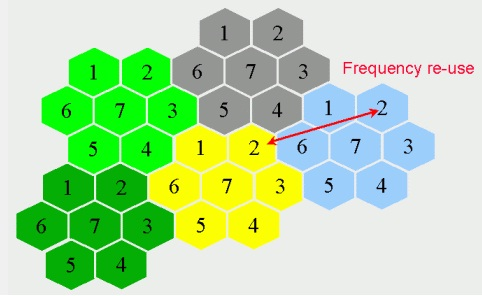 With the advent of sectorized radios, though, there is a bit of nuance. Where the older pattern was to use a single frequency within a single cell, the pattern today is to use sectorized radios that cover about 120 degrees of a cell.

There are advantages, including the ability to increase range (how far the signals travel), and advantage partly gained because signal interference is reduced. That effectively increases the signal-to-noise ratio, in turn allowing devices to receive an adequate signal at greater distances.  That is especially advantageous in rural areas, for example,. 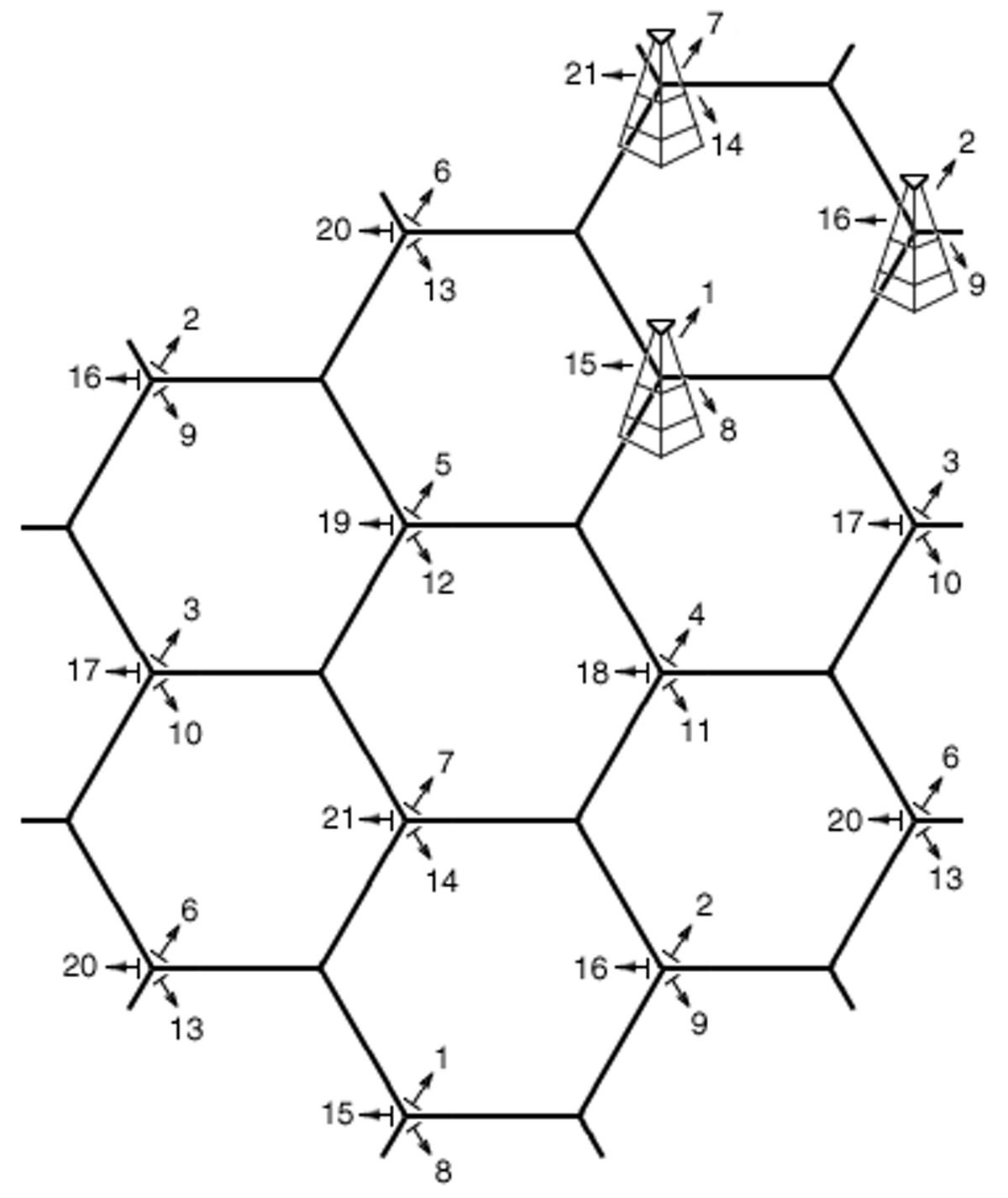