As hard as it might be to envision, mobile services that now drive revenue growth in the global telecom business will not always do so. The reason is that connectivity firms selling directly to enterprises, smaller businesses and consumers are holding leaky buckets. Stick to the services presently sold and, in about 10 years, revenue will be half what it is at present.

Something–and we cannot say for certain what it is–will emerge as the revenue leader within a decade. For the past 30 years, that replacement process has happened with regularity.

Voice services once represented as much as 82 percent of total communications service provider revenues, as recently as 2004, according to International Telecommunications Union data.

Mobile represented about half of voice revenues by that point. In 1990, mobile voice was in single digits as a percentage of total service provider revenue.

By 2021, fixed network voice will represent only about 7.7 percent of total global telecom revenues, compared to mobile subscriptions at 59 percent of total, according to researchers at Ovum.

Some 30 years ago, about 1990, mobile service accounts were in single digits, globally, as a percentage of total revenue. About 20 years ago–around 2000–mobile service revenues had leaped to more than 21 percent of total.

By 2010, mobile service revenue had grown to a majority of total revenue, and also was providing as much as 80 percent of the revenue growth.

About 2000, voice services represented as much as 89 percent of total global service provider revenues. By 2010, the revenue driver had changed to mobility services, with growing contributions from internet access. 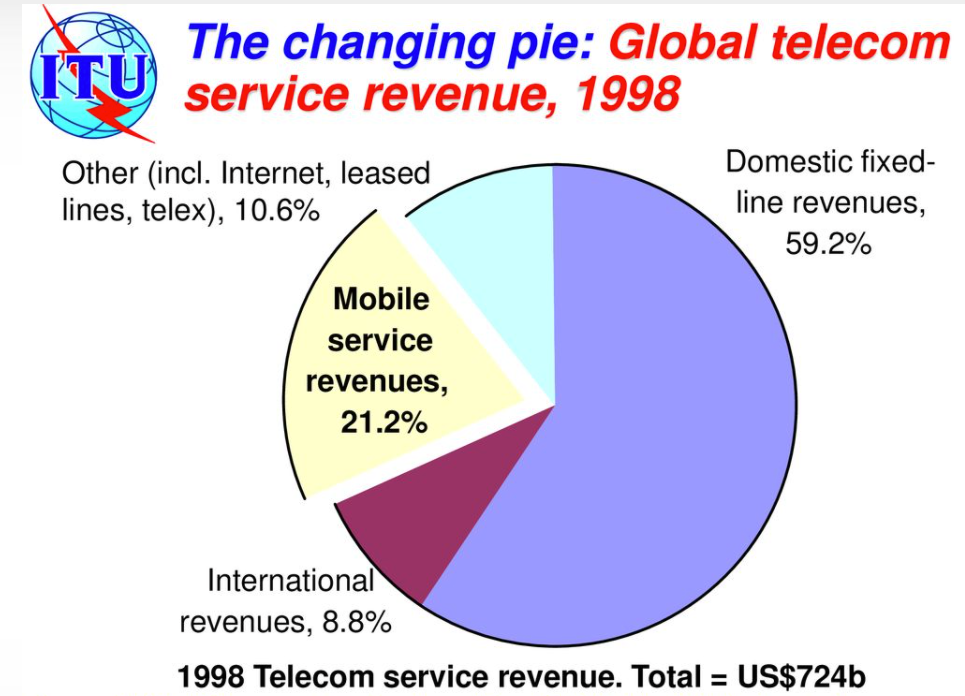 According to researchers at IDATE, mobility represented about 80 percent of revenue growth, with 64 billion Euros generated by mobile services; 15.6 billion by all fixed network services. 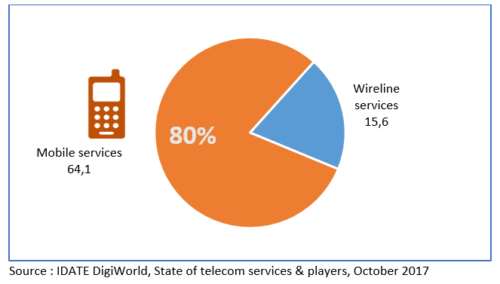 Before 2020, mobile services revenue had become the revenue driver in every market regionally. 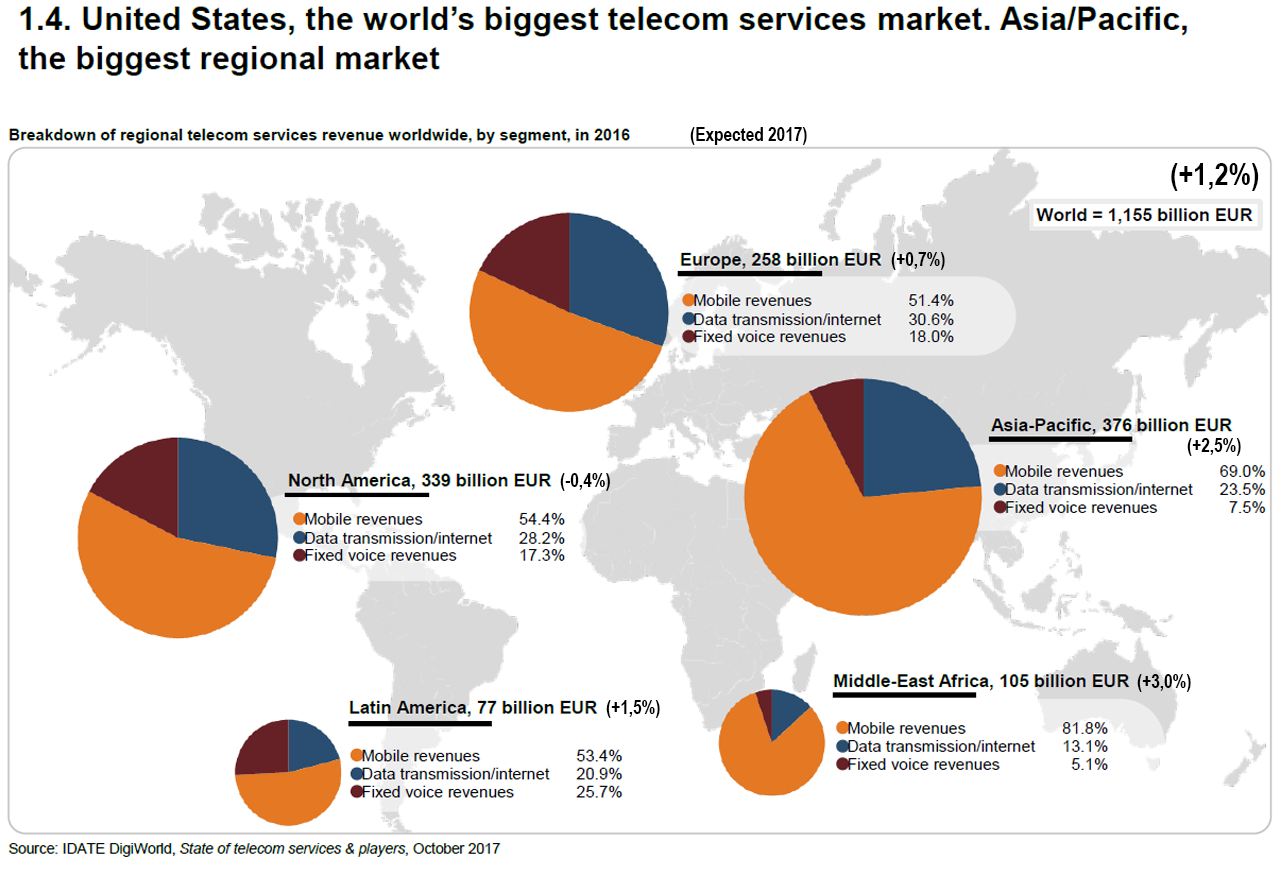 But mobility itself will be challenged as subscriptions and use of mobile internet access reach saturation.

Those patterns illustrate a principle: telecom service providers have had to replace about half of total existing revenue every decade, since about 1990 at the very least.

As a rule, I expect that any given communications service provider will have to replace half of current revenue about every decade. Among the best examples (because we have the data) is the change in composition of U.S. telecom revenues between 1997 and 2007.

Back in 1997, nearly half of total revenue was earned from “toll” services (long distance, including international and domestic long distance voice. Profits also were disproportionately driven by long distance services.

In addition to mobility revenues displacing long distance, internet access began to build around 2000. Between 2000 and 2010, internet access had grown to represent 24 percent of total revenues.

Voice is an essential feature of a mobile account, of course. But voice usage–as such–does not drive revenue. The reason is the low–and declining–prices of carrier voice services and substitution by over-the-top messaging.

The important point is that service providers must constantly be looking for big new revenue sources. They are holding leaky buckets.