Though situations will vary from place to place, one potential development with 5G has been its potential to replace some Wi-Fi use, especially where tariffs allow unlimited data usage of 5G.

In New Zealand, which has had 5G live since December 2019, a new Opensignal analysis shows that smartphone users see much faster speeds connected to 5G than when using Wi-Fi.

“And, for multiplayer mobile gaming 5G is on par with Wi-Fi, unlike older 4G which was noticeably inferior to Wi-Fi,” Opensignal says.

That could be a significant driver of user behavior in any market where unlimited 5G data usage is typical, as such plans eliminate the cost savings shifting to Wi-Fi offer. If experience is equivalent to Wi-Fi, and there is no cost savings when switching to Wi-Fi, many users might conclude it just makes sense to remain connected to 5G even when Wi-Fi offload is available.

“Additionally, the quality of the 5G experience shows that 5G has the potential to offer better connectivity inside homes, shops, offices and other locations where Wifi is available,” Opensignal says. 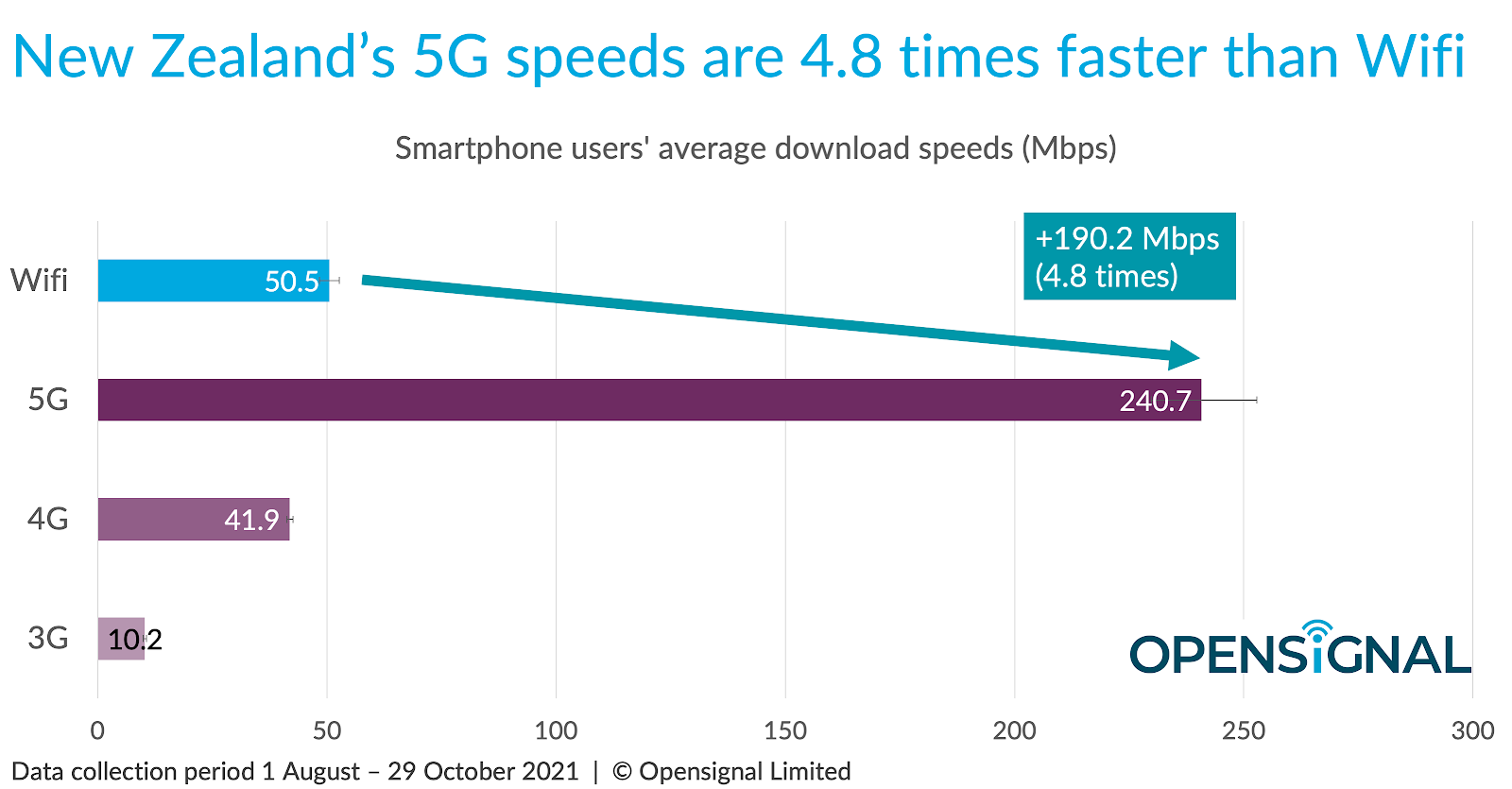 Opensignal tests showed 5G users getting an average 240.7 Mbps on 5G, 4.8 times and 5.7 times faster than the average speeds seen when connected to Wi-Fi or 4G, respectively.

New Zealand placed in the top 15 markets for 5G download speed and for the improvement in speeds using 5G relative to 4G in recent Opensignal studies. 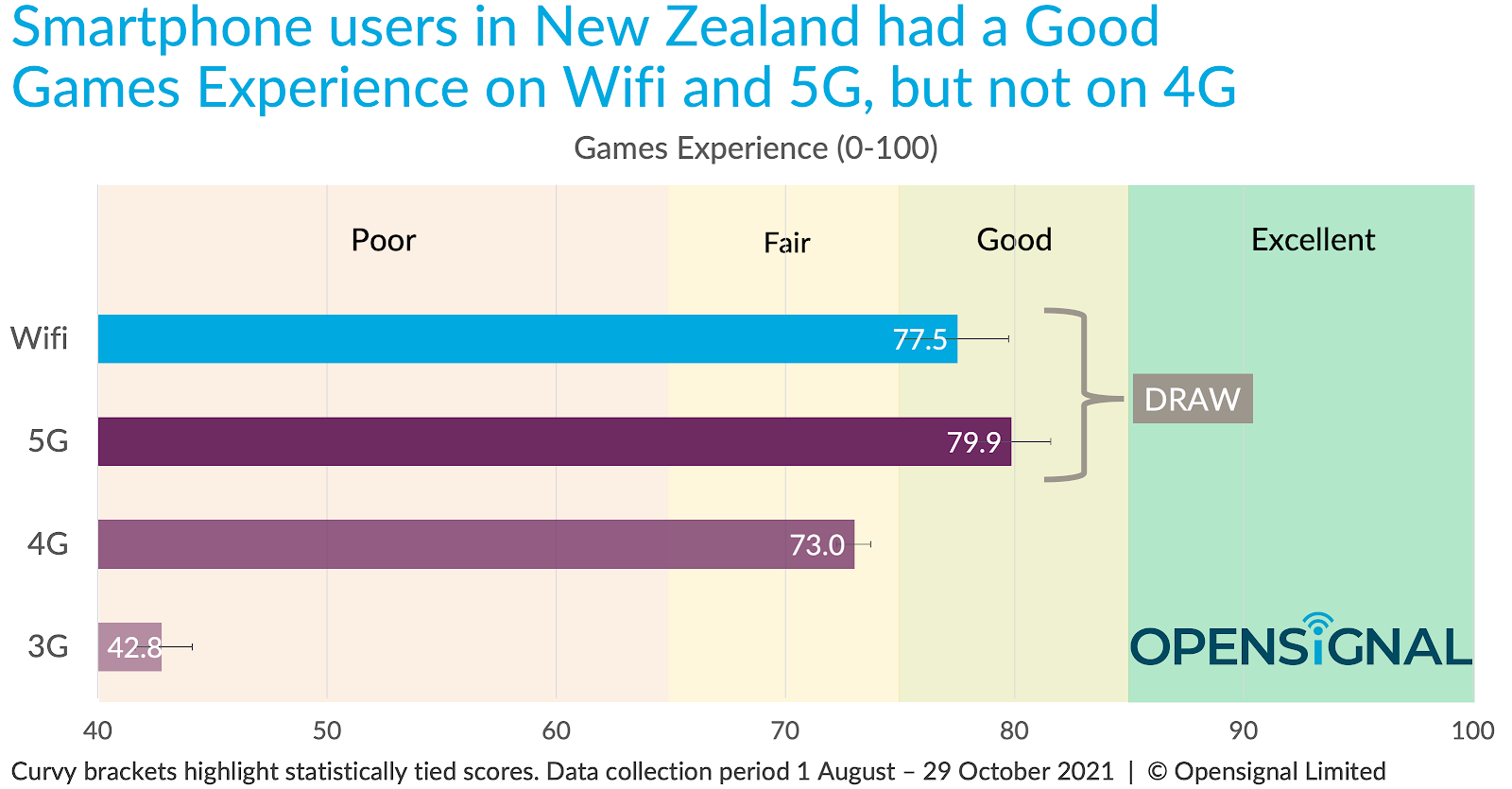 “The arrival of 5G means that cellular connections are no longer always inferior to Wi-Fi,” Opensignal concludes.

As always, a new platform, coupled with the right pricing, can be disruptive in the access market.

Potentially, in markets such as New Zealand, where 5G performance is better than Wi-Fi, and unlimited usage or some form of “no overage charge” pricing or “plans big enough to handle all your needs” are  in effect, value can shift towards mobile access and away from fixed access, in at least some cases.

Single-user households would seem most vulnerable to mobile substitution.