Small amounts of market share can be a big deal for certain connectivity providers. Satellite providers globally tend to hold less than one percent market share of home broadband connections, for example. But that is 100 percent of their consumer access business, a growth driver and generated perhaps $4 billion in revenue in 2020.

In other words, satellite broadband might be a niche, but a useful niche and the foundation for many company business plans. Fixed wireless has to be seen in that light as well, though it will likely emerge as a more-important platform in some markets.

For a company such as T-Mobile, operating in the U.S. market, a gain of just two percent share of the existing U.S. home broadband market represents revenue upside of about $4 billion. To put matters another way, T-Mobile in the United States could use fixed wireless to grow a new line of business as big as the global satellite broadband industry.

Fixed wireless is a subject that has importance “at the margin” for service providers. The service is provided by perhaps 70 percent of connectivity service providers, according to Ericsson, yet does not generate huge account numbers globally.

The highest growth during 2021 has been in regions with the lowest fixed broadband penetration: Middle East and Africa, Central and Eastern Europe, Asia-Pacific and Central and Latin America, says Ericsson. 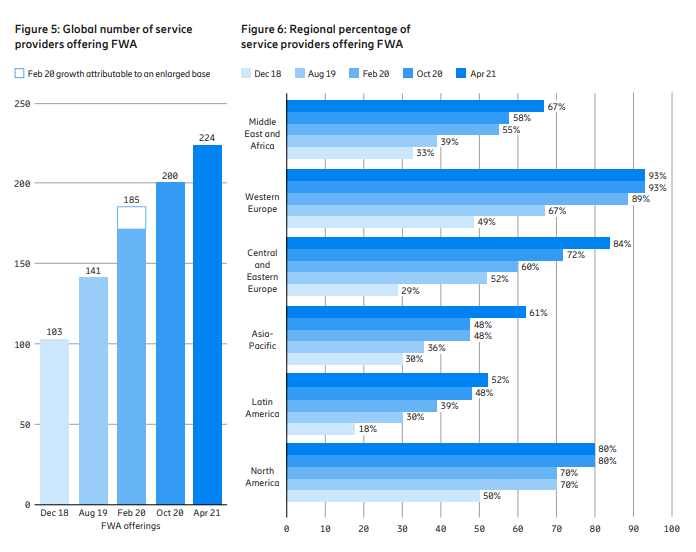 Service provider adoption of fixed wireless  offerings has increased by 12 percentage points in the first half of 2021 and more than doubled since the first measurements in December 2018. 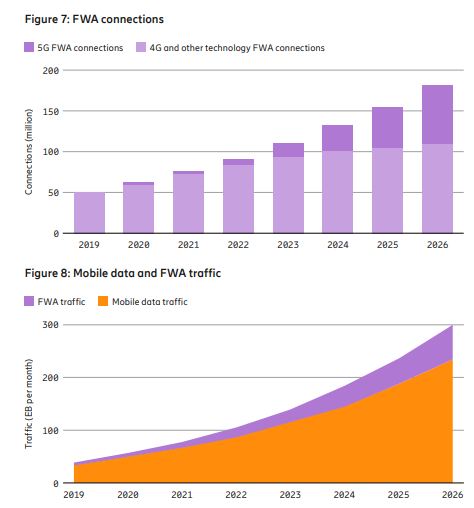 Still, total accounts in service are not so high by global standards. There were perhaps 1.7 billion fixed network broadband accounts in service in 2020. Only about 60 million to 65 million of those connections were supplied using fixed wireless, by Ericsson reckoning.

Still, that is a relatively small portion of total connections. The real importance might well come in some highly-competitive, large and saturated markets where home broadband is nearly a zero-sum game. In such markets, one supplier’s gain is balanced by another supplier’s loss.

And in such markets, a small shift of market share represents significant incremental revenue. In the U.S. market, market share shifts as small as two percent represent $4 billion in annual revenue.

New lines of business worth $1 billion annually are a reasonable test of feasibility for many larger tier-one service providers. Any new proposed line of business generating less than $1 billion in annual revenue is too small to bother with. So fixed wireless easily passes the test of value.

“At the margin” is where fixed wireless will be hugely important. That will often be the case in large, saturated markets where shifting just a few points of market share represents significant revenue upside.