5G fixed wireless is more than clever; more than a way to use a mobile platform to compete with fixed network internet access providers for the first time.

Keep in mind that mobile internet access always has been a high cost, low usage proposition in most countries because the costs of delivering bandwidth are so high, relative to fixed networks.

The big challenge for firms such as Verizon, which want to build new 5G-derived platforms to supply fixed wireless, is that it necessarily involves becoming a low-cost, high-usage platform.

That is a a fundamental change from being a high-cost, low-usage provider. Basically, cost per gigabyte has to drop by an order of magnitude (10 times) or more.

Ironically, the fear that service providers would not be able to afford to build and operate such networks seems to be proving manageable, as firms including Verizon say they will not be boosting capital investment budgets even as 5G is deployed.

In other words, there is reasonable hope that 5G networks offering orders of magnitude better performance also will be affordable enough to compete head to head with fixed networks as suppliers of internet access.

“A prerequisite for continued data usage growth is that the total revenue per gigabyte is low,” say analysts at Tefficient. In some markets, such as the United States, Canada and Switzerland, where tariffs actually have been high and usage has been low, a disruptive challenge is coming from (of all things) Verizon, one of the biggest incumbents in the market.

What Verizon must do, in using 5G fixed wireless to compete head to head with other fixed network internet service providers, is flip the economics on its head.

Where tariffs are low, usage is higher, as you would expect. And that is the case in the U.S. market, which has high mobile data tariffs, and low usage. To compete against fixed network service providers, Verizon will have to be operate as a supplier of low tariff, high usage services, the polar opposite of where it is now in its mobile business.

And that is among the most-astounding facets of the strategy of using 5G both as a fixed wireless and a mobile platform. Such a blending arguably would have been impossible before the era of commercialized millimeter wave spectrum, cheaper small cell radios, fiber-deep networks, better radios and modulation techniques, cheap signal processing, massive multiple-input, multiple-output radios and even new ways to integrate unlicensed and shared spectrum.

Taken together, all those technologies are the foundation of Verizon’s effort to flip the network cost model so much that it can literally move from being a  “high cost, low usage” provider to being a successful supplier of “low cost, high usage” internet access, in a single mobile generation. 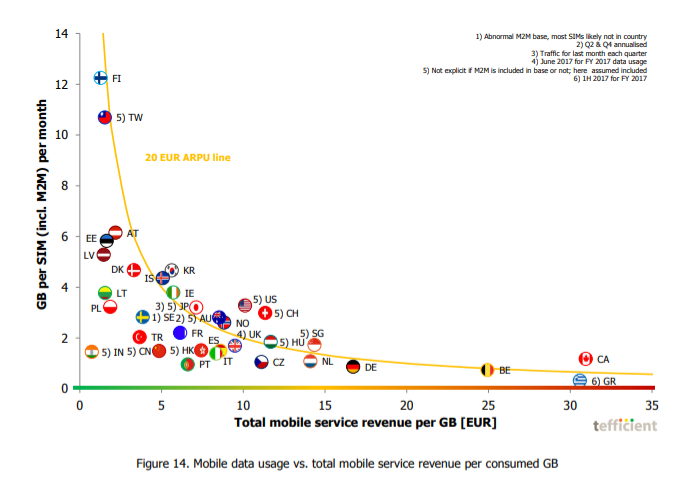