Since the era of 3G, industry watchers have had to guess at what new use cases, revenue models and applications would emerge with the better platforms. We have almost always been surprised by those developments, as well as by what did not develop as expected. So 5G might not be too different, in that regard.

Big new use cases must be discovered and created. They are not self evident.

Business and technology executives globally underestimate the disruptive potential of 5G technology that will result from increased network speeds and capacity, according to Accenture. That would be in keeping with the general thesis that each new mobile platform now brings better latency and speed performance, along with changing cost-per-bit profiles, that could enable new apps and use cases.

But clarity never seems to be part of the early years of deployment. In other words, people cannot quite envision what might emerge.

Some 53 percent of 1,800 executives from mid-sized and large businesses across industries in 10 countries believe there are “very few” things that 5G will enable them to do that they cannot already do with 4G networks.

On the other hand, More than two in five executives also expect 5G to have a “significant” impact on speed (46 percent) and capacity (42 percent).

On one hand, fewer than two in five executives (37 percent) expect 5G to bring a “revolutionary” shift in speed and capacity.

On the other hand, 70 percent 0f respondents also say they believe 5G applications will give them a competitive edge with customers. 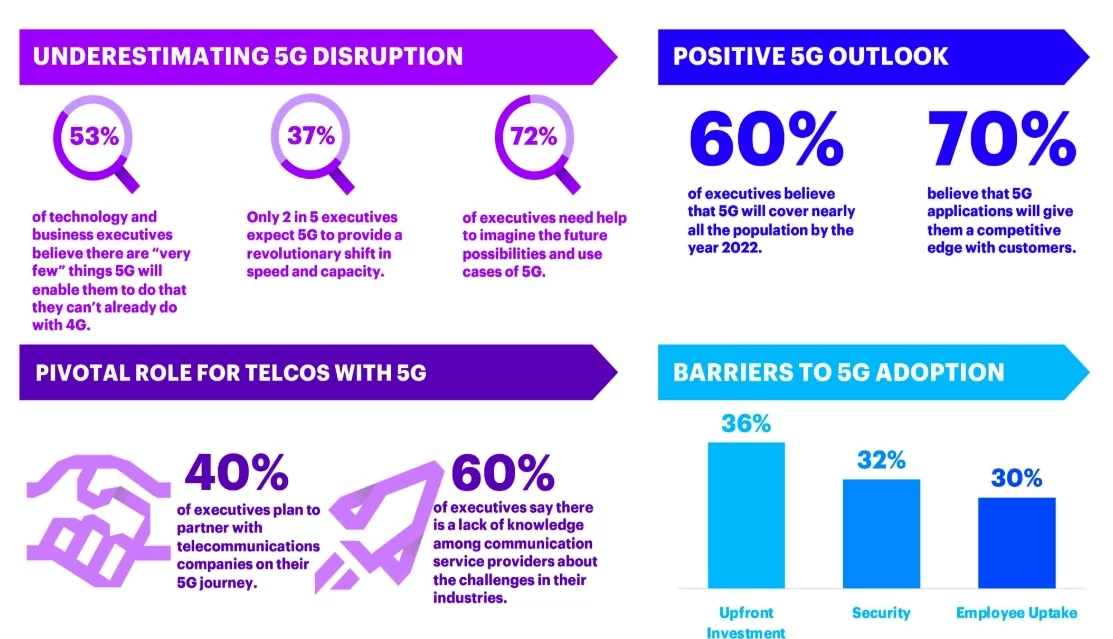 One might argue executives imply are not sure what advantages 5G will bring. Some 72 percent of executives said they need help imagining the future possibilities and use cases of 5G.