Generally speaking, successful new technologies and platforms get adopted faster than they used to. That was true of 4G, compared to 3G take rates. What happens in the 5G era seems unclear. 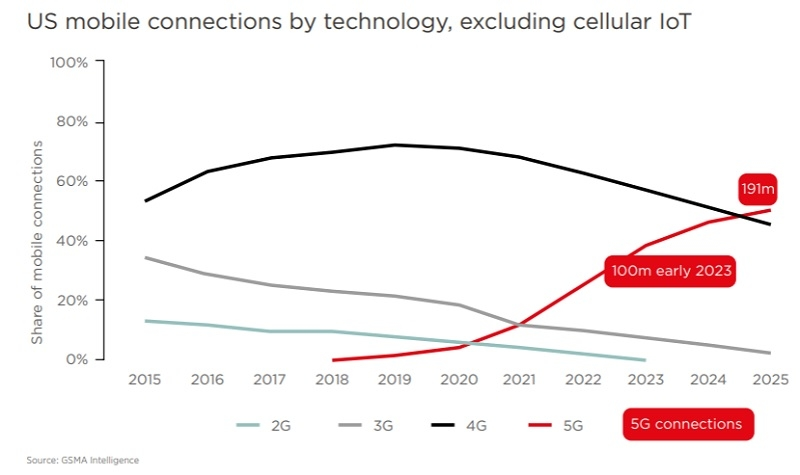 It might be helpful to remember that 3G uptake was slower than some expected, early on, even if later adoption was virtually ubiquitous. In retrospect, the reasons might be somewhat obvious. If 2G was the platform for text messaging as a “digital” service, 3G was the first “mobile internet” generation.

As with most big innovations, it takes time for people, app developers and businesses to adapt to new capabilities, which would explain why 3G adoption took longer than did 4G, which did not have to confront the “what can I do with this?” issue, and only had to offer the value proposition that user experience for the things people wanted to do, would be pleasant.

But 5G might be different, and more akin to 3G, in one sense: the value of the platform will have to be discovered, as 4G already supports most of the things consumers want to do. In other words, 5G might be as big a transition as was 3G. As 4G was the first mobile internet platform, 5G will be the first “beyond mobile internet” platform.

Some might say, as some did early in the early 3G transition, that the platform was a failure, or a waste. Nobody says that, anymore. True, mobile operators dislike the capital investment to create the new platform, and often have argued that “nobody needs this.”

Like it or not, 3G displaced 2G. And 4G displaced 3G, arguably faster than 3G replaced 2G as the standard connection.

So despite mobile operator misgivings about the timing and scale of investment, virtually nobody expects 5G to fail in its expected role as the next-generation network supplier of connections, ultimately replacing 4G.

The only issue is whether the adoption pattern by consumers is more similar to 3G or 4G. 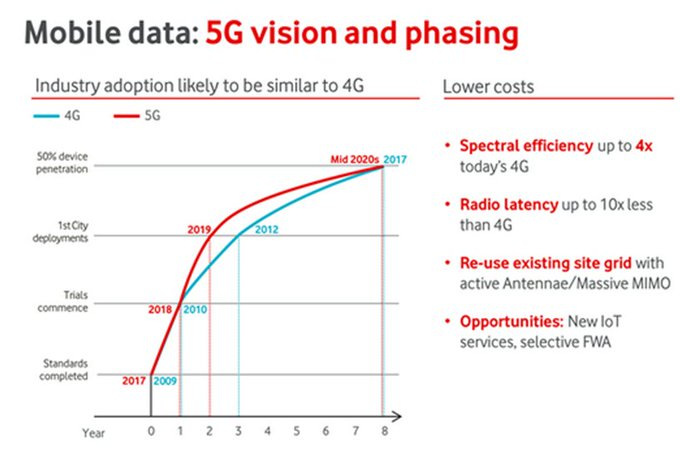 Specifically, the issue is the timing to reach 10 percent of users, or 25 percent of users. Virtually every observer expects 5G to displace 4G as 4G displaced use of 3G, but the adoption rate is the issue in the mid-term (three to five years out).

Everybody expects low adoption rates in the early years, and high adoption after 10 years. What is unclear is the rate in the middle years. 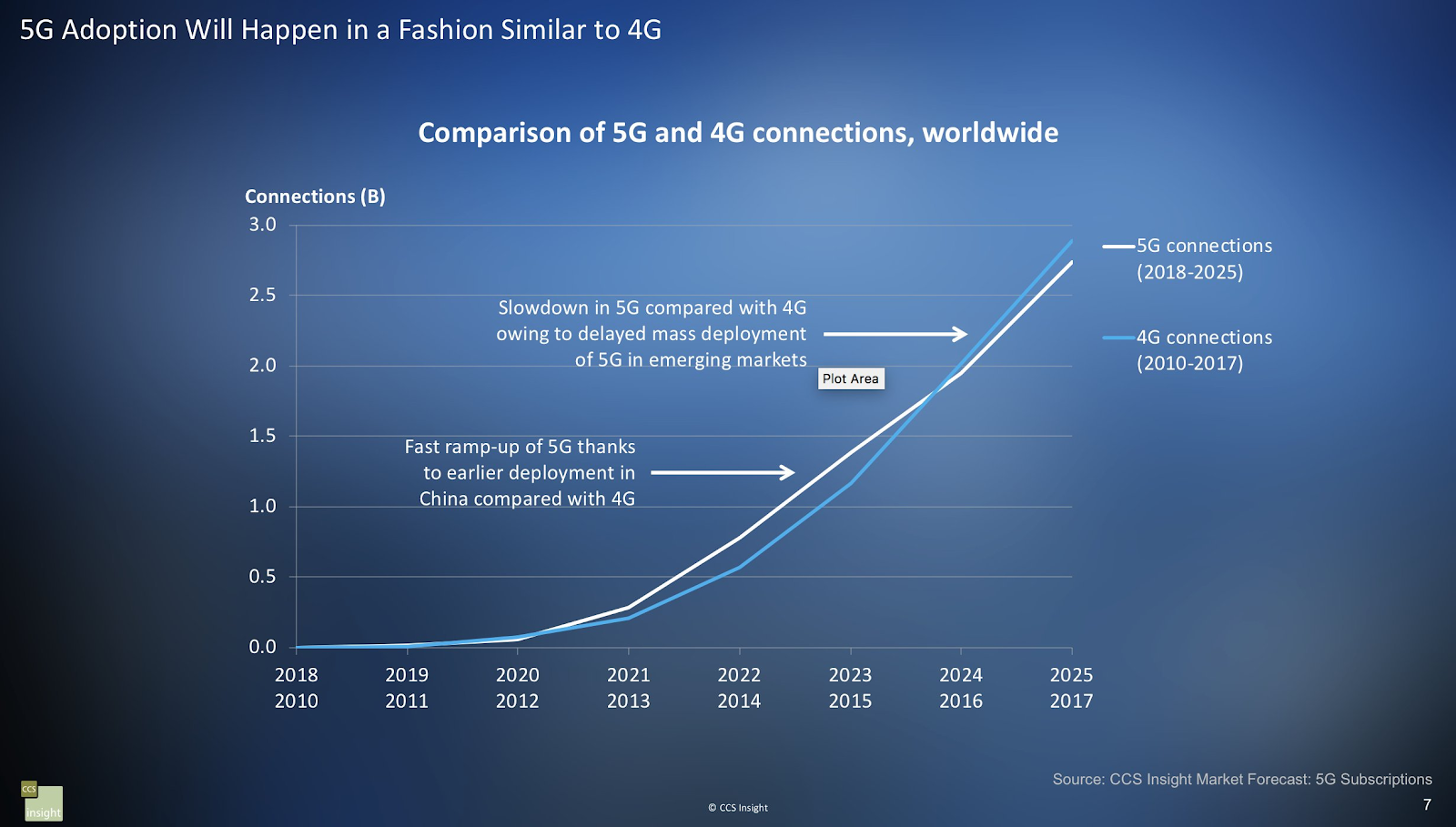 If the 3G pattern holds, then 5G adoption by consumers might be slower than 4G. Enterprise and business adoption might be different, especially if 5G used to support internet of things and edge computing use cases is robust. 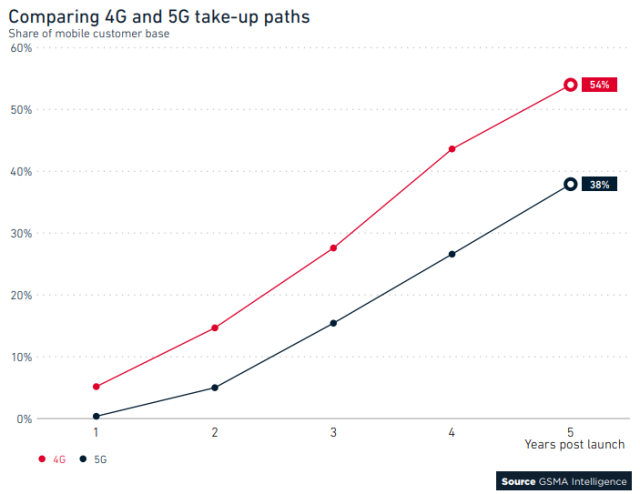 Adoption rates in the middle of the cycle could also be faster than 4G is some new proposed consumer use cases, perhaps virtual reality, gaming or augmented reality gain traction. More likely, some new use cases we are not focusing on could develop in the medium term, boosting mid-cycle adoption. 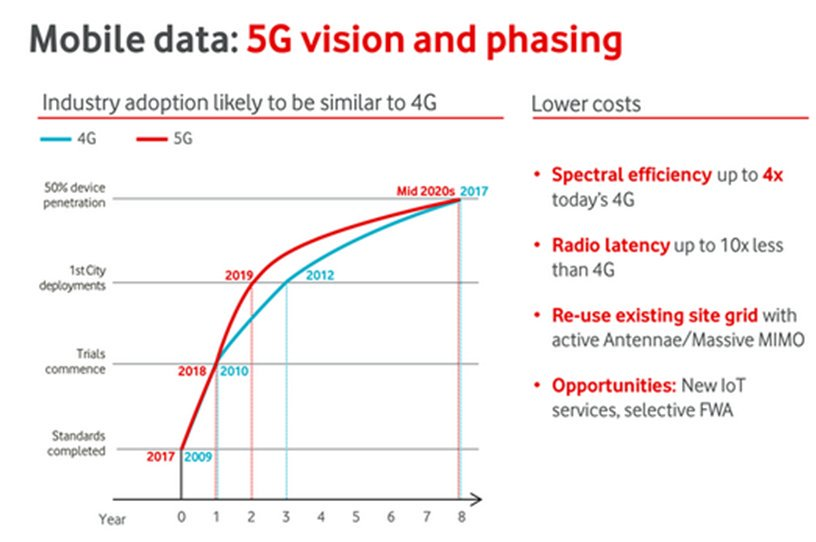