With some exceptions, the mobile service provider business tends to feature three leading providers in any single country. And that might be the best sustainable outcome, in at least some countries.

Though many would note that the existence of mobile virtual network operators will increase competition, it also is an industry fact of life that capital-intensive connectivity networks will always be relatively few in number. It is an oligopolistic industry because so few facilities-based firms can exist profitably.

With the caveat that nationwide telecom systems always tend to be few in number, virtually every mobile market is highly concentrated, using the Herfindahl-Hirschman Index (HHI), a widely-used measure of market concentration.

No mobile market actually can be deemed “competitive” using the HHI test. On the contrary, every mobile market is highly concentrated. 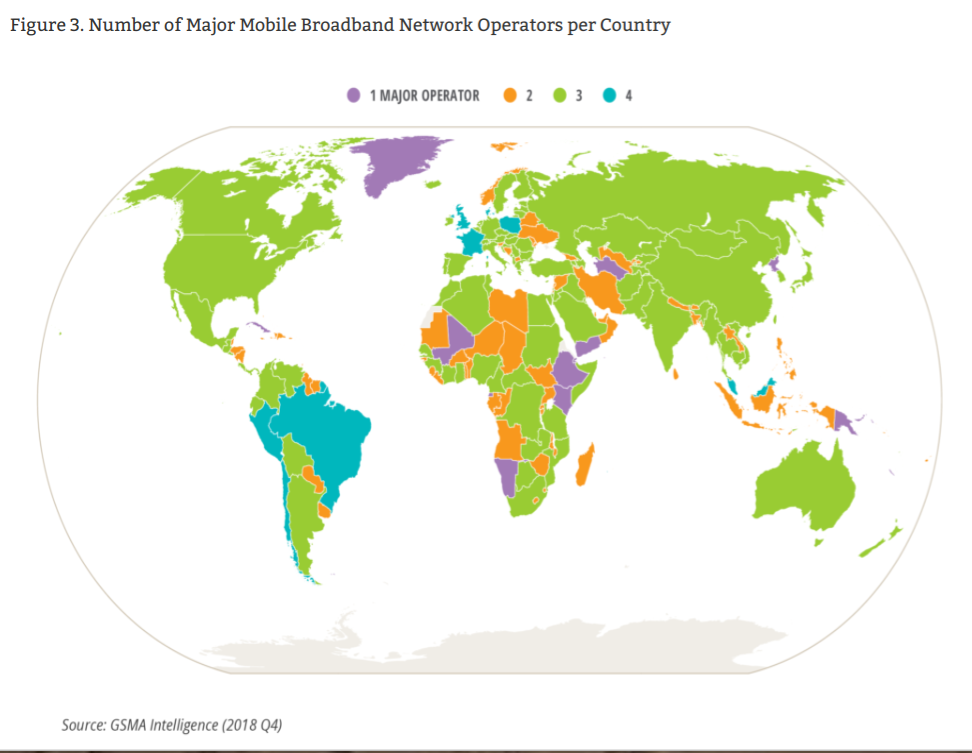 Some might argue that relative lack of competition explains the price of mobile data, which because of less than robust competition costs users an estimated $3.42 per gigabyte, according to the Alliance for Affordable Internet.

In cases where only a single facilities-based supplier operates, breaking up a broadband monopoly can create a savings of up to $7.33 per GB for users, the Alliance for Affordable Internet argues.

If the average U.S. earner paid 7.12 percent of their income for access, 1GB data would cost $373 per month. 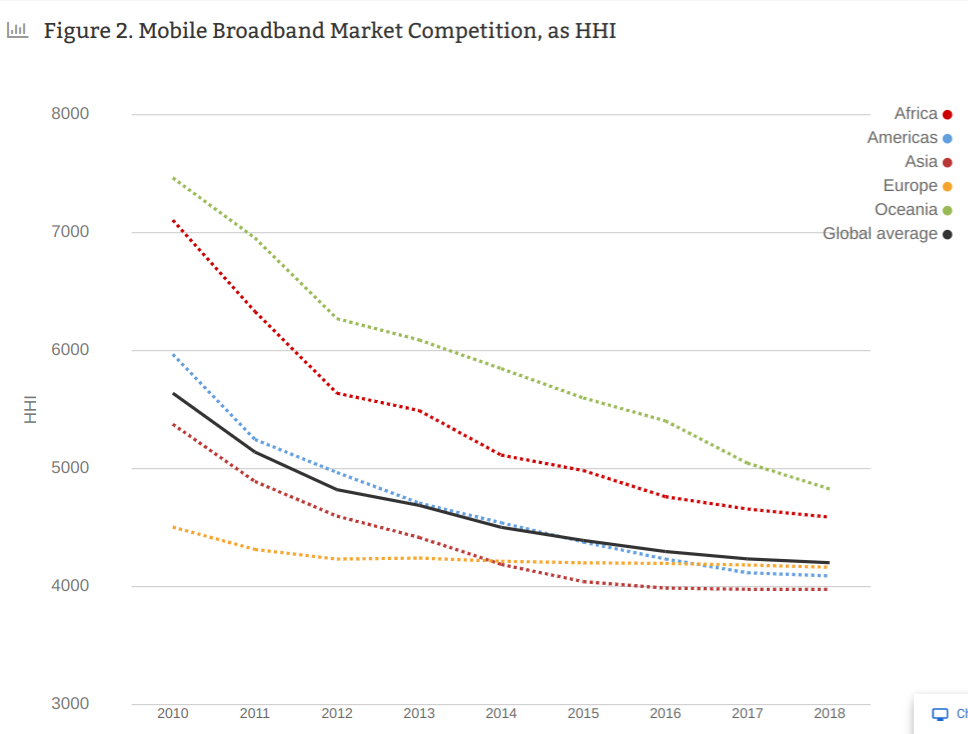