Some storylines are irresistible, even if wrong. Slow U.S. 5G speeds provide an example. A classic storyline about U.S. telecommunications is “U.S. is behind,” and, so far, 5G fits that model. 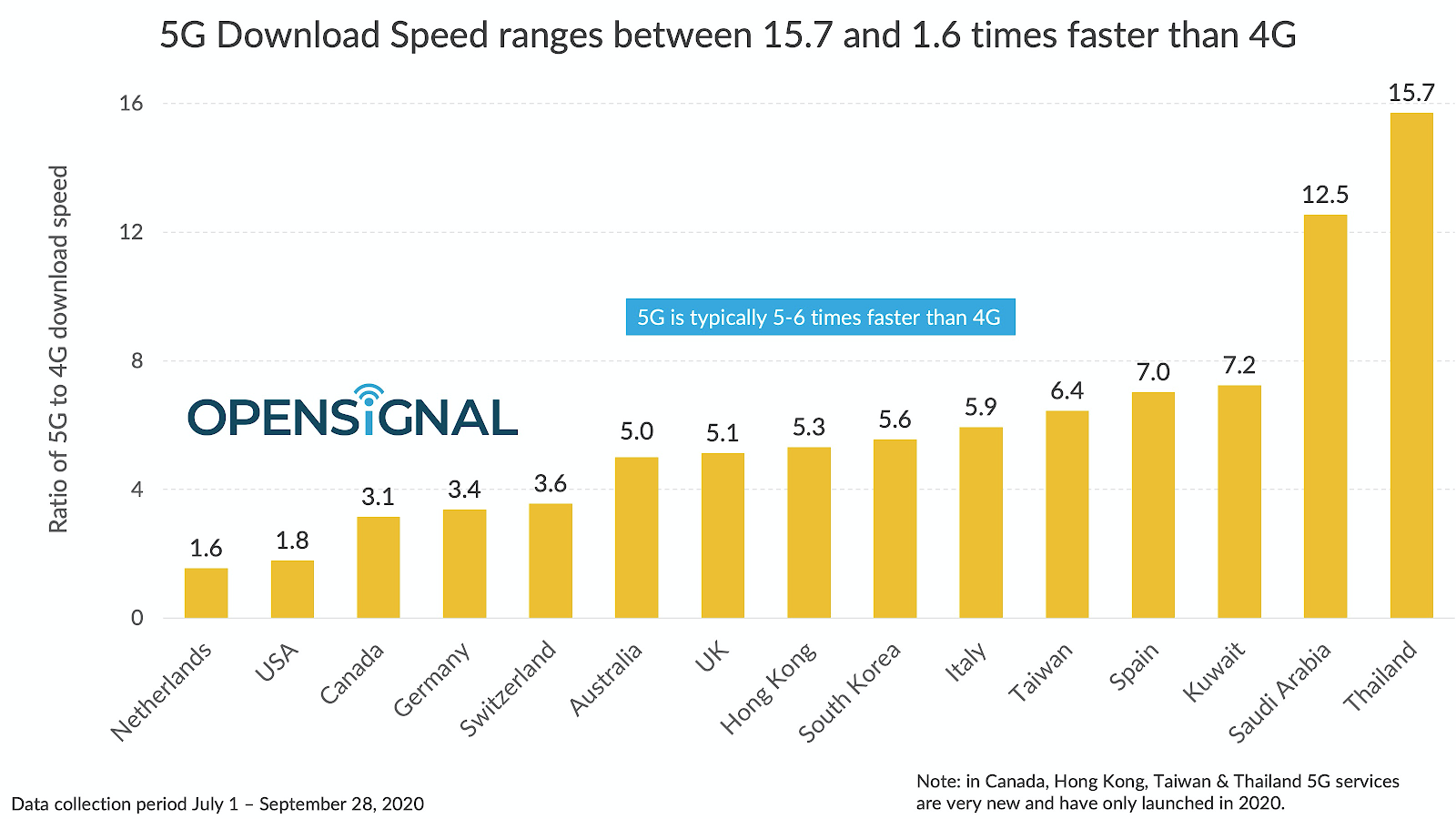 Author Steven Pressfield, in his book Nobody Wants to Read Your Sh*t, points out the elements of any story. These universal principles of storytelling include:

1) Every story must have a concept. It must put a unique and original spin, twist or framing device upon the material.

2) Every story must be about something. It must have a theme.

3) Every story must have a beginning, a middle, and an end. Act One, Act Two, Act Three.

4) Every story must have a hero.

5) Every story must have a villain.

6) Every story must start with an Inciting Incident, embedded within which is the story’s climax.

7) Every story must escalate through Act Two in terms of energy, stakes, complication and significance/meaning as it progresses.

8) Every story must build to a climax centered around a clash between the hero and the villain that pays off everything that came before and that pays it off on-theme.

That is a framework often used when writers talk about the state of U.S. telecommunications. There’s a concept (a way of classifying the world); a theme (a subject); heroes (pundits, advocates), villains (service providers); significance (connecting everyone); a clash (bad ISPs and underserved customers); beginnings (new networks, faster speeds, new platforms, new policies) and endings (how did it turn out?).

Put it all together and the storyline is fairly consistent: U.S. X is “behind” because of greedy service providers or a lax government unwilling to prioritize X, and citizens and customers are suffering because of the U.S. being “behind.”

The storyline always seems to work, and is “evergreen,” since once the “problem or deficiency” is rectified, the story moves on to the next iteration. We change the definition of “broadband” and all of a sudden we have a “problem” again.

This also is a familiar problem outside telecom. To get funds to “fix a problem,” one has to convince the source of funding that there is, indeed, a significant problem to be solved. And once that defined issue is overcome, proponents need to substitute another “new problem” that must urgently be solved.

Cure one disease and a non-profit has to find some other disease to fix. Fix a social problem and we will most assuredly find some other problem that requires fixing. That too is part of the current 5G storyline.

U.S. 5G speeds are slow, compared to most other markets. There are reasons. U.S. service providers are at the moment relying on low-band spectrum for coverage, and that necessarily limits speeds.

Most of the leading U.S. mobile operators, with the exception of T-Mobile, have little mid-band spectrum, which is the preferred band globally. So U.S. mobile speeds are slow, and have been relatively slow, even for 4G services.

The point is that we can confidently predict that the U.S. lag will be erased. The reason we can be so sure is that similar earlier deficiencies also were erased. We also can predict the eventual ceiling of performance, as we have historical evidence for that, as well.

The “U.S. is behind” storyline has been used often over the last several decades. Indeed, where it comes to plain old voice service, the U.S. is falling behind meme never went away.

In the past, it has been argued that the United States was behind, or falling behind, for use of mobile phones, smartphones, text messaging, broadband coverage, fiber to home, broadband speed or broadband price.

In the case of mobile phone usage, smartphone usage, text message usage, broadband coverage or speed, as well as broadband prices, the “behind” storyline has proven incorrect, over time.

Some even have argued the United States was falling behind in spectrum auctions. That clearly also has proven wrong. What such observations often miss is a highly dynamic environment, where apparently lagging U.S. metrics quickly are closed.

To be sure, adoption rates have sometimes lagged other regions. Some storylines are repeated so often they seem true, and lagging statistics often are “true,” early on. The story which never seems to be written is that there is a pattern here: early slowness is overcome; performance metrics eventually climb; availability, price and performance gaps are closed over time.

The early storylines often are correct, as far as they go. That U.S. internet access is slow and expensive, or that internet service providers have not managed to make gigabit speeds available on a widespread basis, can be correct for a time. Those storylines rarely–if ever–hold up long term. U.S. gigabit coverage now is about 80 percent, for example.

Other statements, such as the claim that U.S. internet access prices or mobile prices are high, are not made in context, or qualified and adjusted for currency, local prices and incomes or other relevant inputs, including the comparison methodology itself.

Both U.S. fixed network internet prices and U.S. mobile costs have dropped since 2000, for example.

The point is that the “U.S. is behind” storyline seems irresistible. That storyline has always proven incorrect, though, over time. The historically-accurate storyline is that “slow start” is what we see. Over some time, U.S. metrics tend to rise to about 12th to 15th globally, but no higher, ever.

The bottom line is that it is quite typical for U.S. performance for almost any important new infrastructure-related technology to lag other nations. It never matters, in the end.

Eventually, the U.S. ranks somewhere between 10th and 20th on any given measure of technology adoption. That has been the pattern since the time of analog voice.

We often forget that six percent of the U.S. landmass is where most people live. About 94 percent of the land mass is unpopulated or lightly populated. And rural areas present the greatest challenge for deployment of communications facilities, or use of apps that require such facilities.

In fact, a historical argument can be made that the United States never tends to rank much higher than 12th to 15th on any measure of telecommunications performance or adoption, even when full adoption has been reached.

Consider voice adoption, where the best the United States ever ranked was about 15th globally, for teledensity (people provided with phone service).

Perhaps one way of putting matters is that what matters is the ability to wring business value from an innovation, not a global ranking.

Still, the storyline “U.S. is behind” is evergreen. You heard it in the past; you hear it now; you will hear it again. Perhaps the storyline should be “as usual, U.S X is slow out of the gate, but give it a few years.”