Since the 3G era, potential new use cases enabled by the latest mobile platform or generation have tended to lag by about a decade. If we know anything from our history with 3G and 4G, it is that many promised and promoted new use cases might well not occur until the succeeding generation.

Many potential 3G apps only became widespread in the 4G era. Many hoped-for 4G use cases and revenue streams might emerge in the 5G era. So it is possible that some futuristic 5G apps will not reach ubiquity or commercial significance until 6G.

The other observation is that lead applications people actually used in the 2G, 3G and 4G era were not necessarily those which were expected. It is safe to argue that industry executives did not expect the rise of text messaging as a mass market behavior. Few likely believed access to mobile email would be so important in the 3G era. Nor would most observers have predicted that turn-by-turn driving directions would be social media would lead 4G app use.

So it would not be surprising is what happens in 5G is not what we expect, and we should remain cautious about lead apps for 6G as well.

An Ericsson white paper on 6G is largely conceptual, as you would expect at this early stage of development. It is reasonable to assume more features that have to do with how devices are powered, how various access networks are integrated or how much artificial intelligence is used, rather than the traditional “speeds and feeds” improvements (speed and latency) that have characterized early platforms.

But other thinking by Ericsson leans heavily on capabilities such as digital twinning that should factor into network capabilities, including the “internet of senses,” which combines visual, audio, haptic and other technologies to allow human beings to have remote sensory experiences.

The ability to connect “anywhere,” using a variety of access platforms, also is expected. Also, the network will be designed to support vast numbers of connected sensors and actuators that are “zero-energy devices,” deployed once and able to continuously report and act without the need for maintenance or external charging.

Edge computing is likely to be part of the infrastructure. “As distributed compute and storage continues to evolve, the lines between the device, the edge of the network and the cloud will become increasingly blurred,” Erik Ekudden, Ericsson CTO says. “Everything can be viewed as a single, unified, integrated execution environment for distributed applications, including both network functions and third-party applications.” 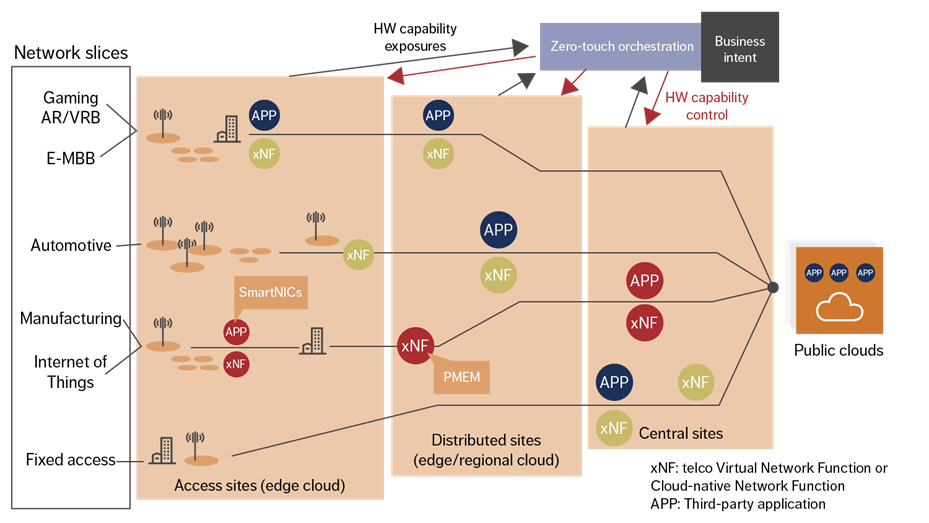 Perhaps the importance of the edge already can be seen in expectations about application and use case support in the 5G era. It is not unreasonable to expect that many anticipated 5G applications will not develop until the 6G era.

“Rather than processing data centrally, in many cases it is more efficient in terms of bandwidth and/or latency constraints to bring the processing closer to where the data is produced, insights are consumed and actions are taken,” Ekudden argues.

And the network is likely to lean heavily on use of artificial intelligence. “In the vision of zero-touch network management and operations, networks are deployed and operated with minimum human intervention, using trustworthy AI technologies,” he says. “All operational processes and tasks, including, for example, delivery, deployment, configuration, assurance and optimization, will be executed with 100 percent automation.”