Speed still seems a more-important buying criteria than speed, for mobile customers, at least when the choices are data speeds or availability of 5G service.  That goes for business and consumer users, according to RootMetrics. Other studies suggest reliability might be more important than speed.  In fact, speed might be the last of the most-important five criteria for consumers. Consumers rank other attributes including unlimited data plans, cost and security higher than speed. 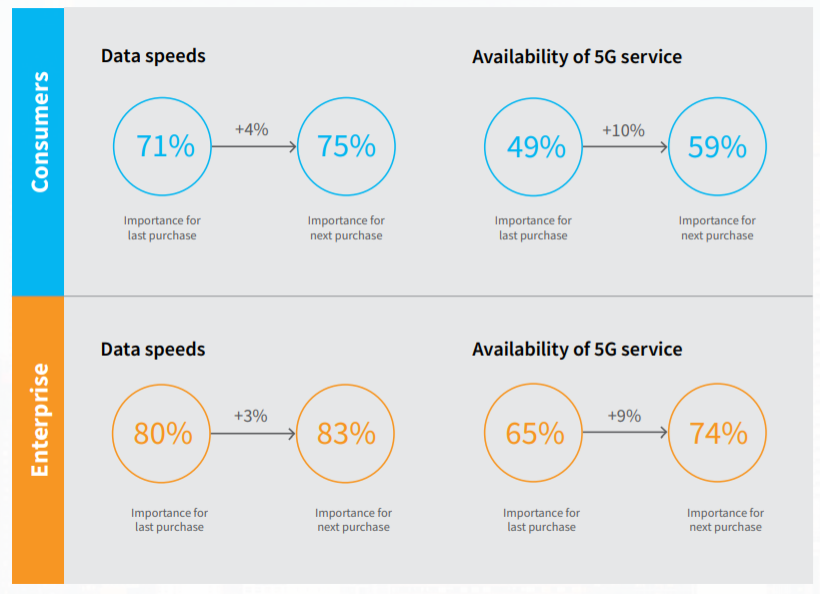 On the other hand, 5G availability is becoming a more important buying criteria.

Keep in mind that AT&T continues to rely on low-band spectrum for its coverage 5G, while Verizon uses dynamic spectrum sharing of mid-band capacity, while T-Mobile relies on low-band, but is adding lots of mid-band assets as it combines its network with those of the former Sprint. All three firms are using millimeter wave for capacity reinforcement at the moment.

Verizon seems to be best positioned to add licensed Citizens Broadband Radio Service 3.5-GHZ capacity to its network, in part because it already had been using unlicensed CBRS in parts of its network already.

It might be a year before the new C-band capacity starts to operate commercially. So expect lots of constant change in speeds and coverage of those speed tiers, as the network evolutions continue.