Almost by definition, the greatest mobile operator opportunities in the broad internet of things area are those use cases requiring mobility, as that is among the more-unique features mobile networks can bring to bear. For that reason, autonomous vehicles are significant. Recall there once was a significant market for “car phones,” illustrating demand for “on the go” communications.

Most of the potential upside, though, does not come from connections to the mobile network, but devices, software solutions and other services or products required to make autonomous vehicles work, at scale.

The actual number of new auto connections for autonomous vehicles might be as large as you would suppose.

According to the U.S. Bureau of Labor Statistics, 3.8 million people operate motor vehicles for their livelihood. This includes truck driving, the most common profession in 29 U.S. states, which employs about 1.7 million people.

Many expect self-driving trucks to be among the first autonomous vehicles to hit the road. When autonomous vehicle saturation peaks, US drivers could see job losses at a rate of 25,000 a month, or 300,000 a year, according to a report from Goldman Sachs Economics Research.

Still, even some additional millions of autonomous vehicle mobile network connections are not going to generate a whole lot of new revenue, for any single mobile operator in any single country. 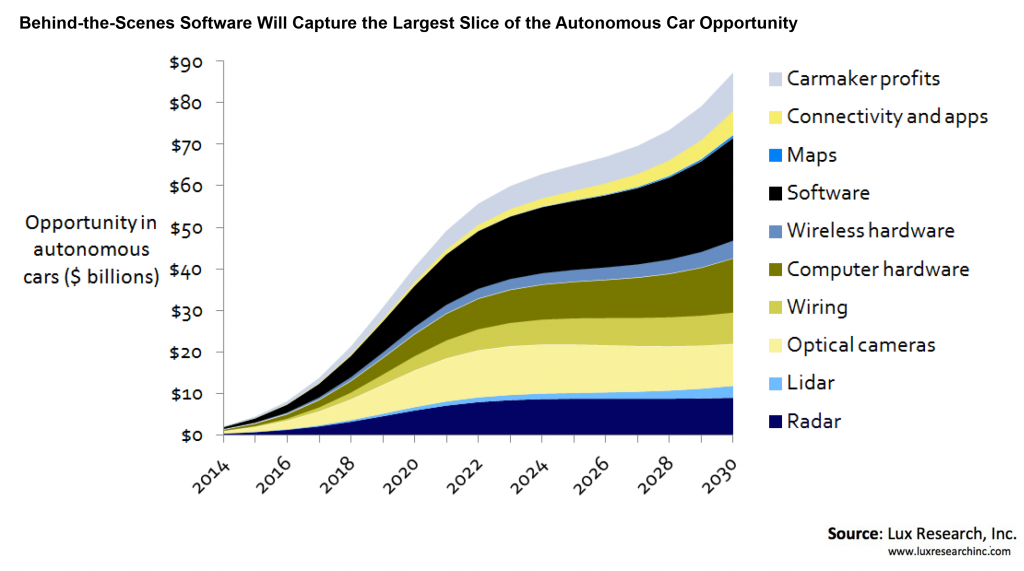 Most of the potential value will come from ownership of platforms, device supply, services and apps supporting autonomous vehicles.