It is a logical question to wonder how big internet of things markets (hardware, software, services) might be, now or in the future, in any particular industry or country.  It is an almost-impossible task, though we must try.

So measure IoT forecasts against global information technology spending, as a reality check.

The key assumption there is that new IoT spending will have to come out of existing budgets that grow perhaps three percent a year, on average.

Global IT might range between $4 trillion and $5 trillion globally. But most believe IoT will happen first in some geographies, including China, the United States, Korea, Japan and Western Europe.

So is $300 billion in enterprise spending on IT (for hardware, software, services) by about 2020 feasible? A good case can be made that this is feasible. 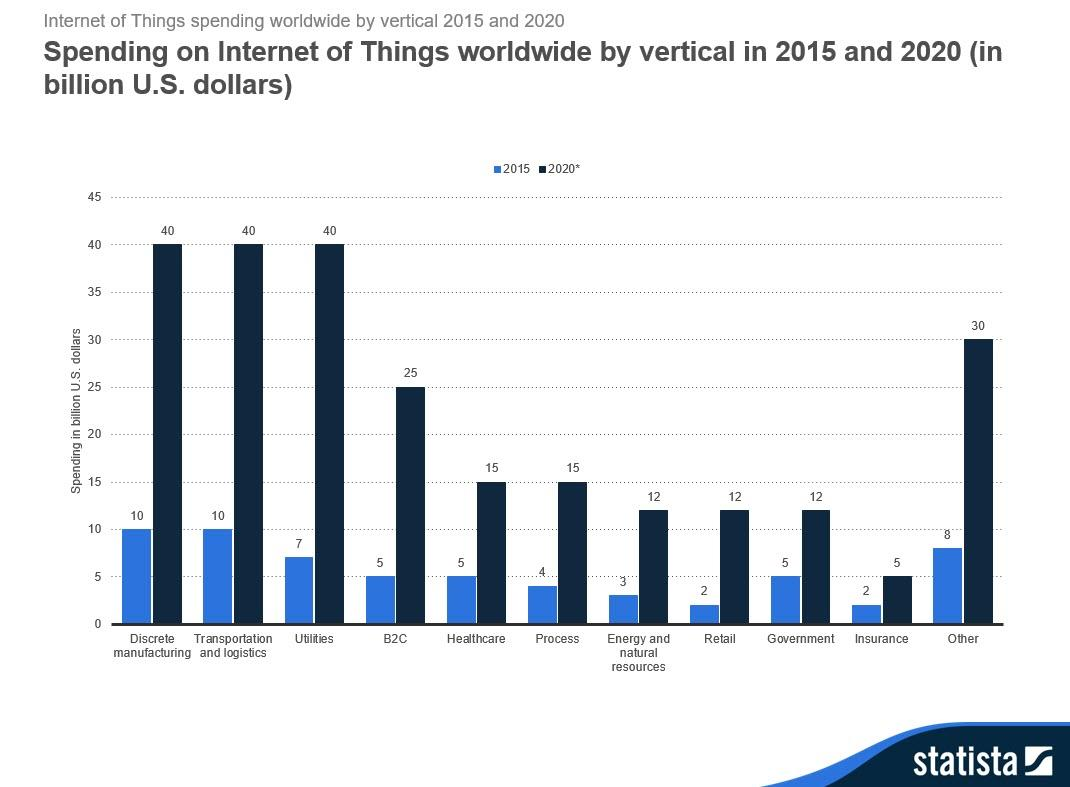 By some forecasts of IoT by key verticals, 2020 global IoT spending by enterprises could reach about $258 billion.

Global IoT forecasts range from less than $300 billion and up to $500 billion in the enterprise segment.

Some of the bigger figures include the value of consumer wearables and consumer IoT generally, in which case substantially-larger forecasts are made. Add in the consumer use cases and some might estimate present IoT revenue at as much as $800 billion.

So IoT spending might already be in the range of $300 billion to $800 billion, counting hardware, software, consulting and implementation costs, including the value of staff labor.

But that is not how most researchers tabulate “markets,” often the value of hardware, software or other products and services sold in a particular year. By that measure, the IoT market is significantly smaller.

Taking out the allocated portion of enterprise IT labor, and assuming hardware and software, for example, might represent 40 percent of total spending on IoT projects, the “market” for Io

IoT might also be $120 billion. The market for hardware and software might be $320 billion, the higher figure dependent on including consumer appliances including smartwatches and smart speakers and even video appliances in some cases.