It might be overstating matters to argue that capacity prices are in “free fall.” That is the case on some routes that traditionally have had less supply, such as North to South America, but price declines on well-supplied routes (transAtlantic or TransPacific) decline rather predictably. 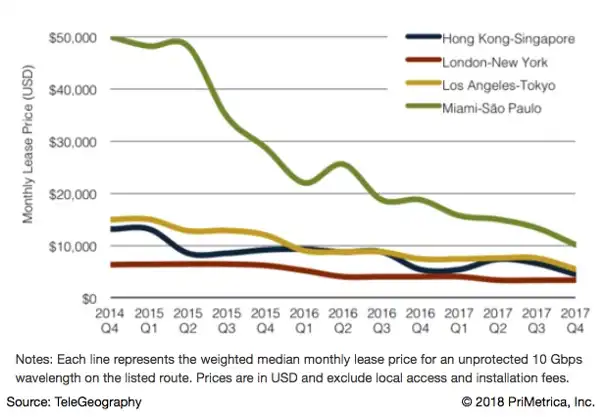 Median monthly lease prices across a selection of critical routes declined an average of 26 percent from 2016 to 2017, and 30 percent compounded annually from 2014 to 2017.