If you want to know why mobile service providers are so interested in internet of things, this graph suggests a key reason: sales of services and products to human beings using mobile phones is near saturation, and actually went to negative growth rates on two continents in the first quarter of 2018.

On other continents, growth rates were in low single digits. Africa and Asia are the two continents where double-digit growth continues to happen. 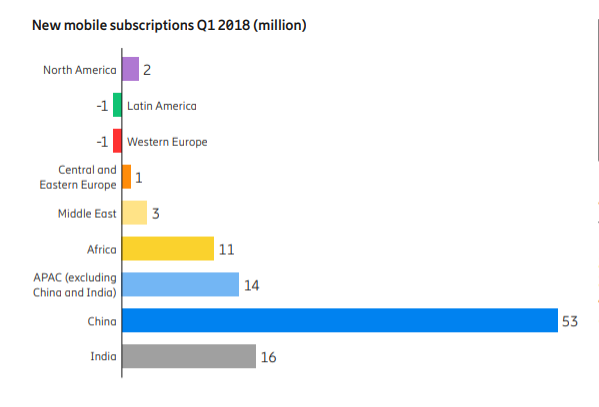 Projections of potential IoT connectivity revenue also suggest why many tier-one service providers will be looking beyond connectivity, at other parts of the ecosystem, for new revenue and roles. Simply put, most IoT connections will not use the mobile networks.

Though mobile internet of things connectivity will grow fast, most of the connections will use some other form of connectivity, a couple of new forecasts suggest. However, by about 2023, mobile connections might take leadership, in terms of new sales. 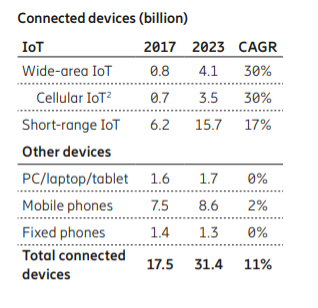 Asset tracking, which includes tracking stationary or slow-moving assets, will have the largest share of LPWA connections in 2023, accounting for over 45 percent worldwide, ABI Research predicts.

Smart meters deployed by energy and water utilities will be the second largest vertical IoT application in 2023 contributing over one-third of the global LPWA device connections.

In 2017, SIGFOX had the largest share of public LPWA connections worldwide benefiting from its first mover advantage in Europe.