But the 5G era is likely to accelerate those trends in a major way. For the first time, mobile or 5G-based fixed wireless networks will offer speeds and retail prices as good–or better–than fixed alternatives, with latency performance that is better .

Many of us would not be at all surprised if wireless substitution as much as doubled over the first decade of 5G commercial service. In some developed markets, that could mean that wireless access takes as 20 percent share of the residential internet access market. In other markets, wireless internet access could reach 30 percent or higher. 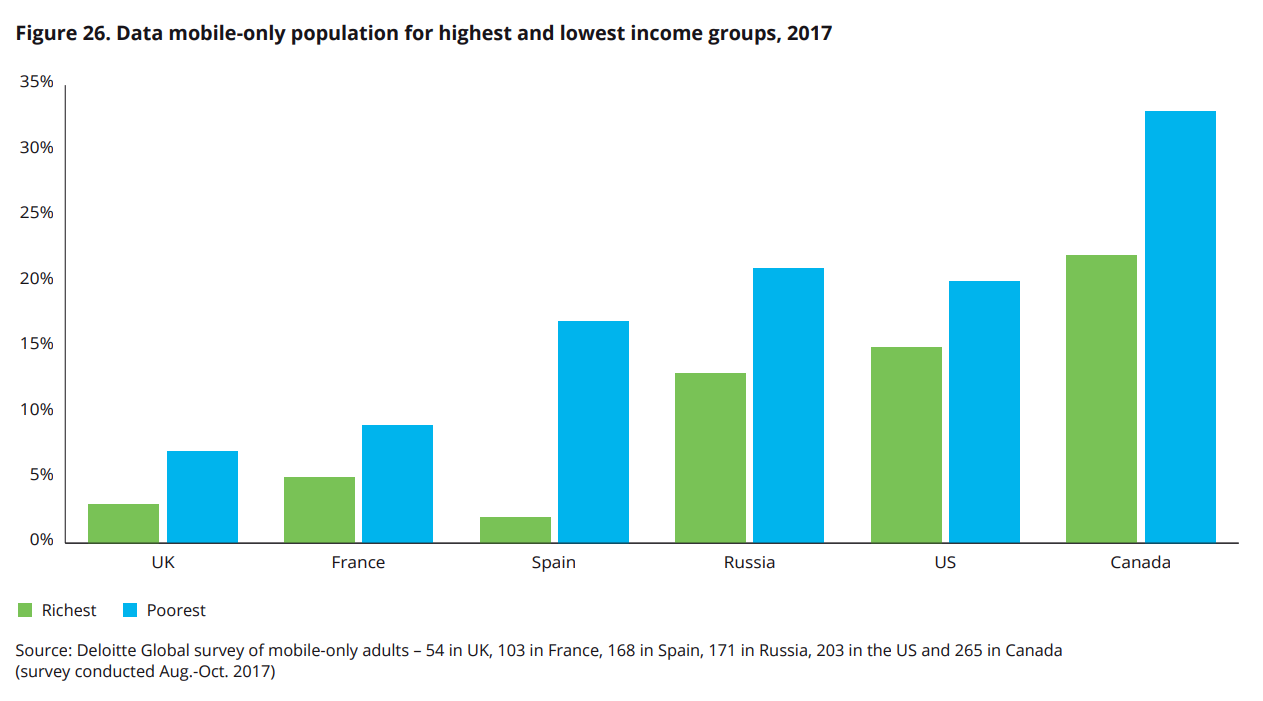 You might be tempted to think that it mostly is lower-income people who use their mobile devices as the sole means of internet access. In many countries, substantial numbers of people–rich and poor–do so.

Households in rural areas also are more likely to rely on mobile networks for their internet access requirements as well.

Single-person households and households with younger consumers also are more likely to be mobile only for internet access.

Less than a tenth of people in France and the UK were mobile-only, but in Turkey the figure was more than three times higher.

In Latin America, for example, Deloitte Brazil believes that over a third of all homes in Brazil were mobile data only. And in China, a fifth of the online user base (rather than households) were mobile-only as of 2016.

In Tokyo, where fiber optic connections are widely available, hundreds of thousands of homes (or about five percent) are relying on only mobile in 2017.

In Latin America, Deloitte Brazil believes that over a third of all homes in Brazil were mobile data only.

Deloitte Global predicts that 20 percent of North Americans with internet access will get all of their home data access from mobile networks in 2018.

Deloitte Global further predicts that a mixture of mobile and fixed wireless access technologies could lead to 30 percent to 40 percent of the population relying on wireless for data at home by 2022, an increase from 10 percent in 2013. 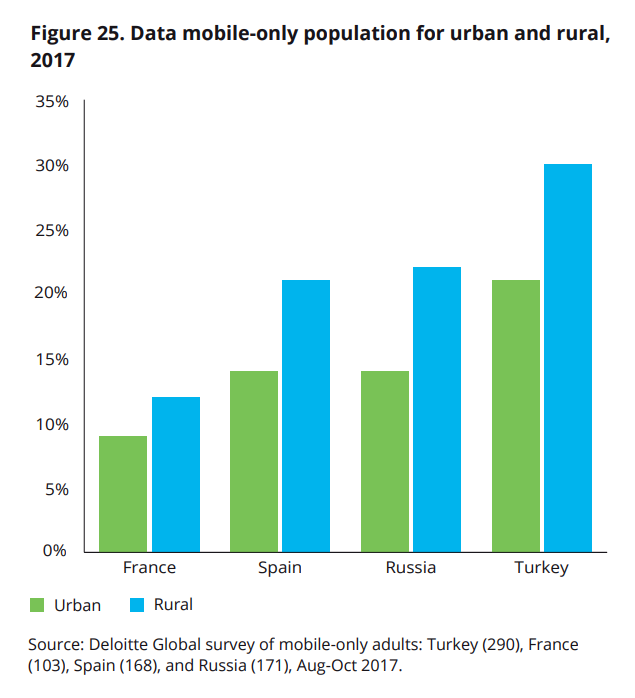 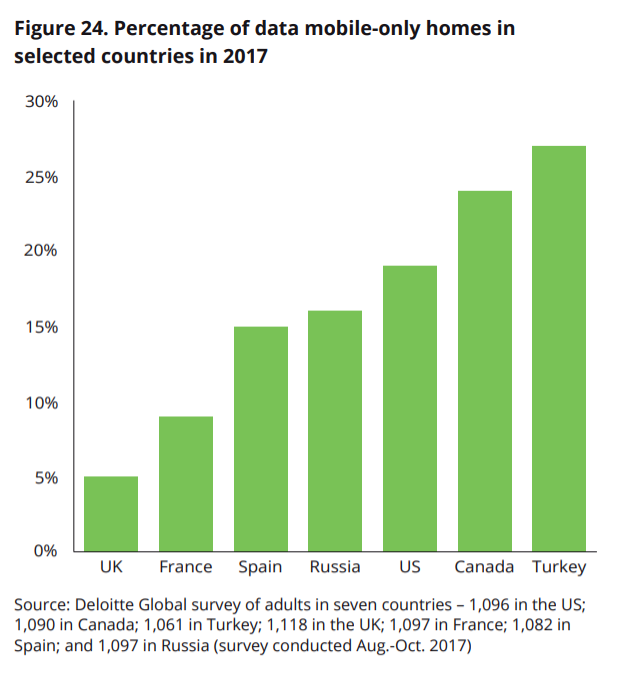 What is unclear is how wireless access might change over the next five years. Deloitte argues that, by 2022, wireless home internet solutions will grow both at the low end of the market (homes using relatively little data) and portions of the market that otherwise might have purchased a fixed connection.