The cost of one gigabyte of mobile internet usage has more than halved relative to the income of Southeast Asians over the last four years, says Temasek, though that is driven by prices in Singapore, Malaysia and Indonesia.

And more than 90 percent of Southeast Asians connect to the internet primarily using their smartphones. Cost declines for mobile data enable such usage.

Where mobile internet access cost more than two percent of gross national income (GNI) per capita in 2014, it accounts for less than 0.8 percent in 2018. Mobile data access remains above the one-percent level only in the Philippines and Thailand. 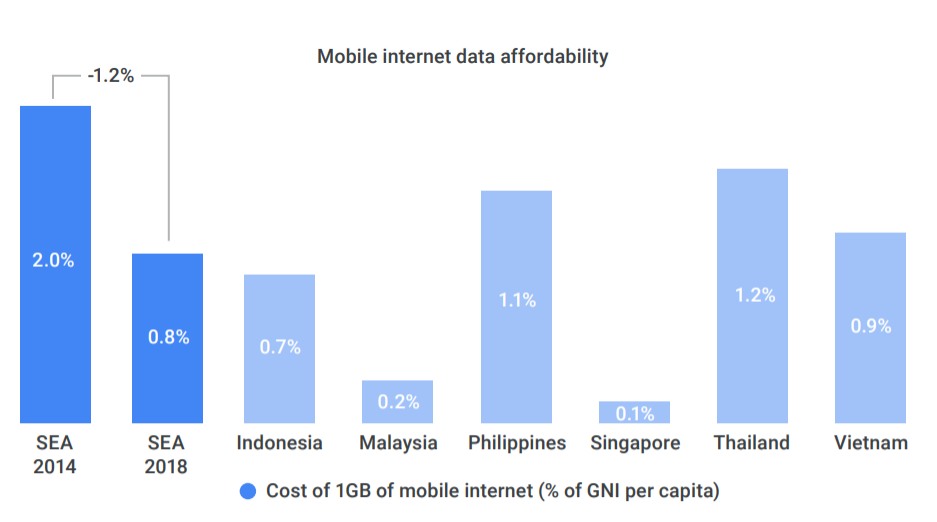 Of course, usage matters primarily if there are wider economic effects. In that regard, Temesek estimates that the Southeast Asian internet economy has reached $72 billion in gross merchandise value (GMV) in 2018 from travel, commerce, media and ride hailing.