Mobile service provider revenue growth rates over the past decade have fallen from a range of six to seven percent to less than 1.5 percent, though rates are higher in some countries, below the rate of inflation, which essentially means real growth is actually negative. That arguably is the single greatest issue mobile operators face, though not for the first time.

It has been necessary for service providers to replace lost legacy revenue a few times in the past, especially the core revenue drivers. Before the 1980s, industry profit was generated by long distance revenues, making possible support of universal service and consumer services.

With competition, that no longer was possible. But mobile services emerged to drive industry revenue growth and profits. When mobile subscriptions saturated, growth shifted to messaging, and now to mobile internet access.

What comes after that is not yet clear, but explains the intense interest in the internet of things and edge computing. 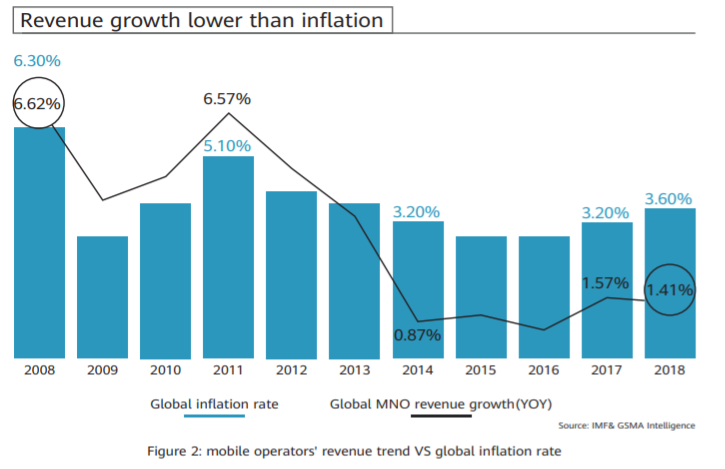