Global connectivity supplier capital investment (mobile and fixed) is projected to grow at a one percent compound annual growth rate between 2019 and 2022, according to the Dell’Oro Group. Other forecasts call for a decline in capex after 2022, as 5G and fiber investments to support 5G and fixed network broadband projects are completed.

Constrained operator revenue growth is expected to be one of the primary inhibitors of further telco capex acceleration, Dell’Oro has said.

As a rule, capex budgets for service providers in developed markets are relatively fixed, year over year, with some ebbs and flows largely related to construction of each new next-generation network. 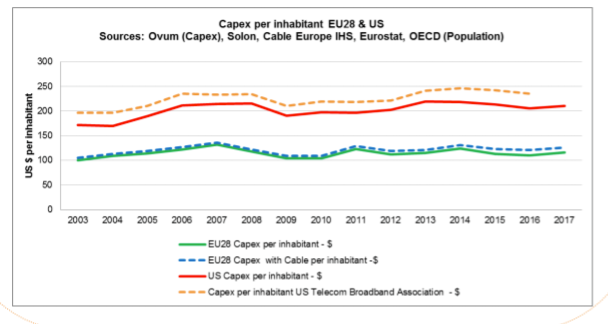 As always, mobile investment is higher than fixed network investment, for one simple reason: mobility is where the bulk of revenue growth is expected. 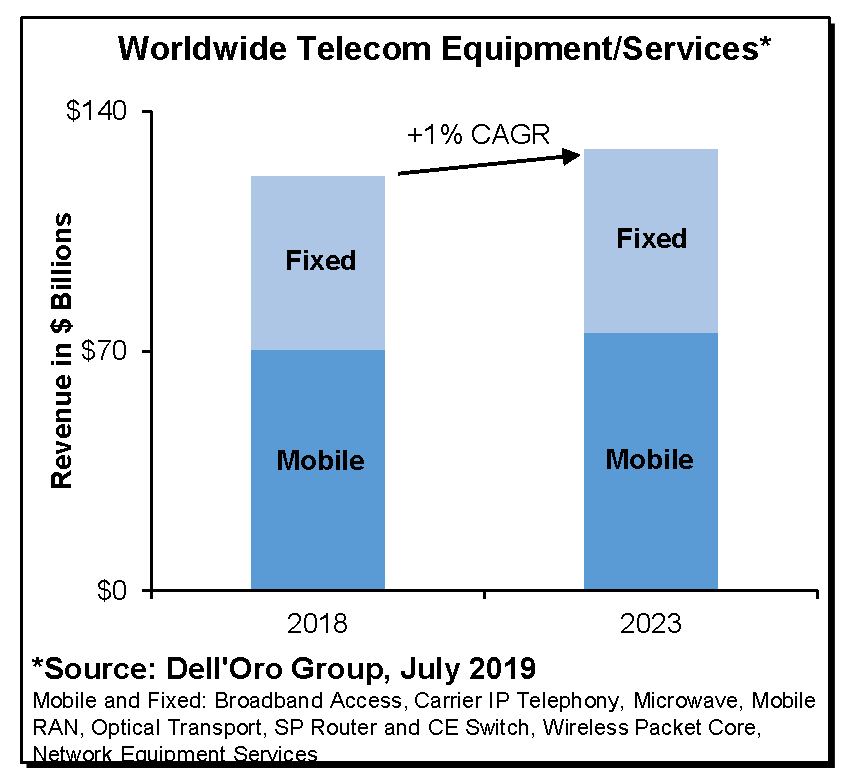 Still, mobile capex often grows when a new next-generation network has to be built, and then tapers off as construction moderates. So there is some chance that even mobile capex might not grow too much as 5G networks are built.

In fact, fears that mobile operators could not afford 5G are proving incorrect. Just a few years ago, projections of 5G infrastructure cost were so high that many argued the networks could not be built. In fact, some speculated that 5G networks would cost 10 times that of 4G.  Others only expected 5G costs to double or triple.

Capital investment levels, though, seem not to be skyrocketing, even as 5G is built. In fact, there is growing evidence that 5G can be built within existing capex budgets.

There are several reasons. First, mobile operators are being deliberate in their spending and build rates. Also, capital expense is shifted from 4G to 5G, as always happens when a next-generation network is under construction.

Better technology, allowing lower cost builds, also is at work. The bottom line is that mobile and fixed network capex reflects assumptions about revenue growth, as capex typically is set as a percentage of expected revenue.