Nokia’s DSS solution, delivered as a software upgrade to existing Nokia AirScale base stations, not only allows 5G devices and radios to use 4G spectrum, but also enables dynamic sharing between 2G, 3G and 4G networks as well. 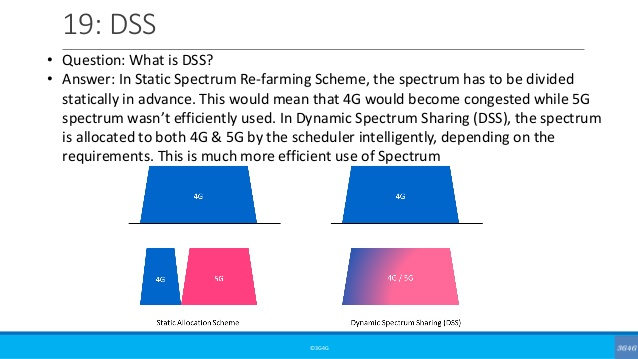 Initial deliveries of Nokia’s DSS solution are planned to start in April 2020, with volume shipments expected by July, in line with the availability of DSS-capable mobile devices.

The new base stations also support  a functional split between real-time and non-real-time traffic. That provides a balance between processing and transport costs. Time-critical functions are handled locally, to reduce latency, while other traffic can take advantage of longer backhaul links.

The more the concentration and processing of non-time-critical traffic, the lower network costs can be.

Spectrum aggregation allows a device to simultaneously use both licensed mobile spectrum and unlicensed spectrum such as Wi-Fi, boosting bandwidth.

All those tools mean mobile operators can move faster, at lower cost, than they otherwise would have been able to do.