Reliance Jio was the big winner, and Vodafone Idea the big loser for net account additions in India’s mobile services market in October 2018, according to TRAI. Though the industry gained a net 725,000 accounts, virtually all the gains were made by Reliance Jio.

BSNL got a small percentage of net adds, but Reliance Jio got 10.5 million net adds, where Vodafone Idea lost a net 7.4 million accounts.

In other words, the big change in the market was the share shift from Vodafone Idea to Reliance Jio. Accounts grew only about 0.06 percent in October 2018. The share shift was on the order of 21 million accounts, or about 1.8 percent of the installed base. 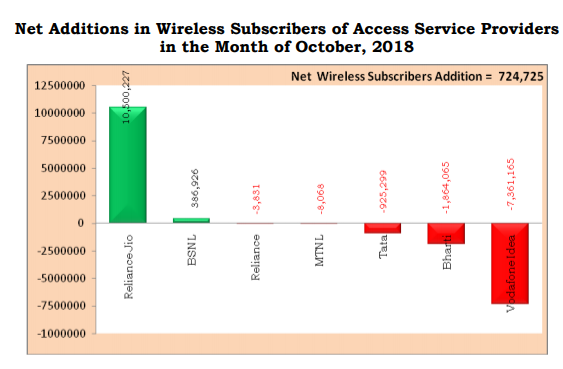