The satellite services industry faces challenges similar to those faced by other connectivity providers, namely a shift of demand. In 2017, 75 percent of service provider revenues were generated by delivering video entertainment (television).

To the extent that video distribution is moving towards an on-demand mode, that threatens the primary revenue source. In that respect, the satellite services industry faces the same problem as do providers of linear subscription television.

Geosynchronous satellites, though, have a major limitation where it comes to on-demand services, namely latency. New constellations of low earth orbit satellites will address that issue, but one can understand the industry concern about future revenues.

When voice (first long distance revenues, then calling revenue generally) revenue declined, first landline, then mobile operators,  were forced to find big new revenue substitutes. So no less than mobile and other service providers, satellite connectivity suppliers will seek new roles in internet of things and other on-demand services. 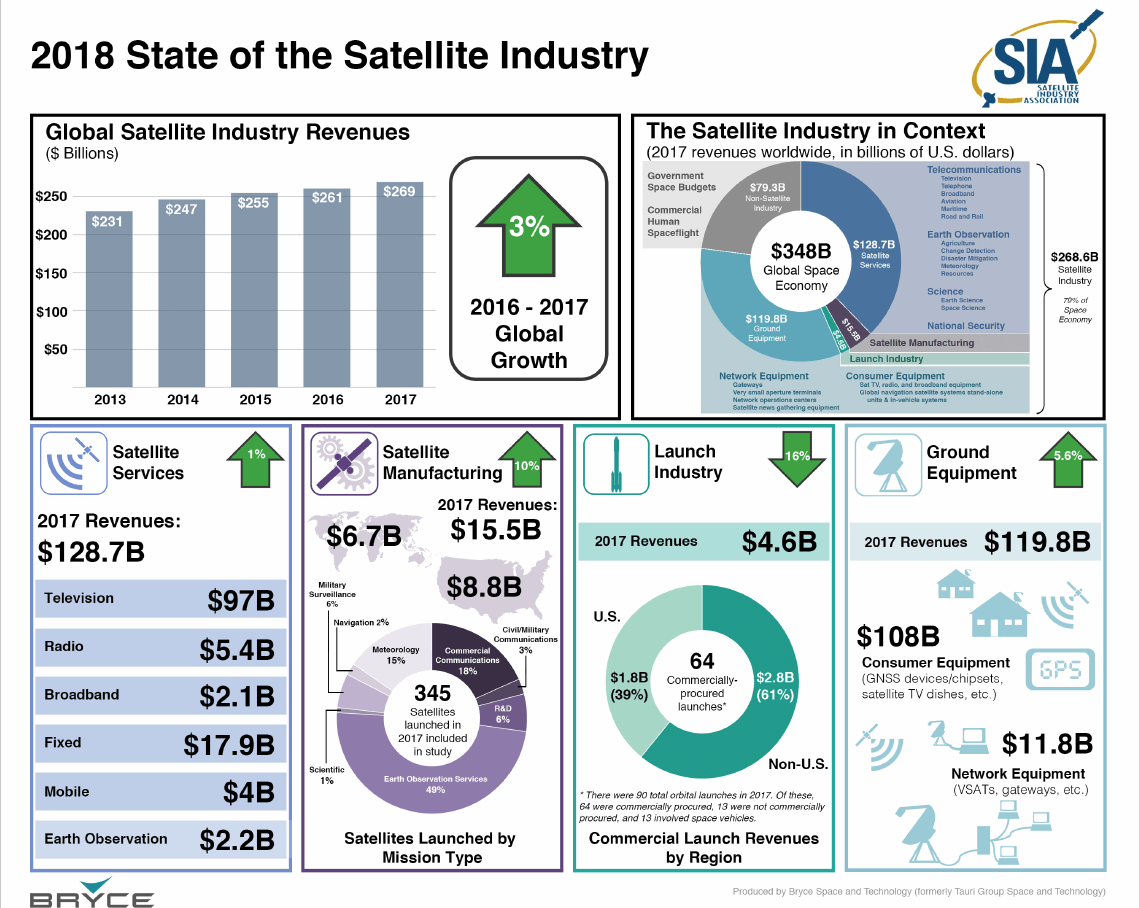