Vodafone is not the first, nor will it be the last mobile operator to conclude that full ownership of tower assets is no longer a necessity. In fact, mobile operators have reached that same conclusion for a decade or more, spinning out tower assets to raise cash for other purposes such as debt reduction or capital investment in spectrum and other capital projects, or to fund fiber-to-home infrastructure.

But a similar reevaluation of core assets seems to be underway on a broader level. Some mobile operators question the financial return from 5G, even as they realize they have no choice but to participate. In some cases, such as Malaysia, the solution has been to switch to a single national wholesale network, where the prevailing practice has been for each major mobile operator to build and own its own infra.

In the fixed networks business, some nations have switched to a wholesale approach as well, where all retail providers can use one underlying network.

In other cases regulators have encouraged partial facilities ownership by allowing unbundled access to different parts of access networks, for example.

The larger point is that access service providers–mobile or fixed–now are being forced to confront core elements of their business models, at least on the cost side. Inevitably, that involves decisions about where value lies, where core competence and the ability to create value lies.

Already, we can see that the answers might be shocking. As it turns out, building, owning or operating complex networks is not a core competency. If that were true, wholesale would not be embraced. Sale of towers would not happen.

In the same way, ownership of computing hardware or platforms used to run the network would not be considered something a firm can outsource to a public cloud. Open source likely would not be an increasingly popular approach to network elements.

In fact, over time, even larger facilities-based competitors have begun to move in greater ways towards a mobile virtual network operator model for retail operations. They might prefer to say ” “asset light,”  but the principle is the same.

Since the whole purpose of competition policy is to create supplier incentives to improve product quality and quantity while reducing retail prices, we might as well recognize that lower costs in the core access business are somewhat inevitable.

A competition policy that leads to higher prices, reduced quality and quantity would be deemed a failure.

All that leads to constant pressure on firm leaders to seek new ways of reducing capital investment and operating costs. And many advocate an “asset light” approach that reduces the need to invest in physical networks. 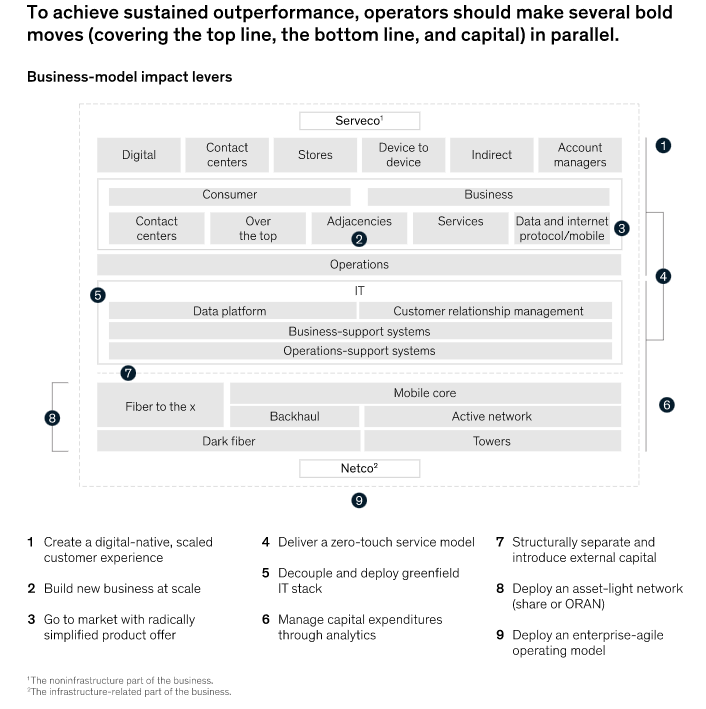 One might say this is akin to the “fabless” approach to the microchip businesses, where an entity designs a chipset, but then outsources its manufacturing to a third party. In that analogy, high value is earned by embedded intellectual property.

But all that does raise the question: what are a service provider’s core competencies? Where is unique value to be found? Those are the things that arguably cannot be outsourced.