Will 5G command a price premium? Almost certainly, in the early going, as the early adopters will tend to be business customers, who can, and will, pay more, as well as early adopter consumers, who likewise have a propensity to pay more for their technology products, compared to later adopters.

“On average, smartphone users globally state that they are willing to pay a premium of 20 percent over and above what they pay today for the benefits of 5G,” says Ericsson.

“Half of all early adopters who are familiar with 5G’s promises could pay as much as 32 percent more than they do today,” Ericsson also believes. Correctly, Ericsson cautions that such statements of willingness to pay tend to diverge from actual behavior.

In the U.S. market, Ericsson found  consumers saying they can pay a price premium for 5G of 15 percent, which translates to $9 a month. Whether that becomes a widespread fact is hard to say.

The clear trend, in the early going, is that business customers are buying 5G, and for that there tends to be a price premium, if only because the service is being used as a  backup internet access connection for business locations, in AT&T’s case. 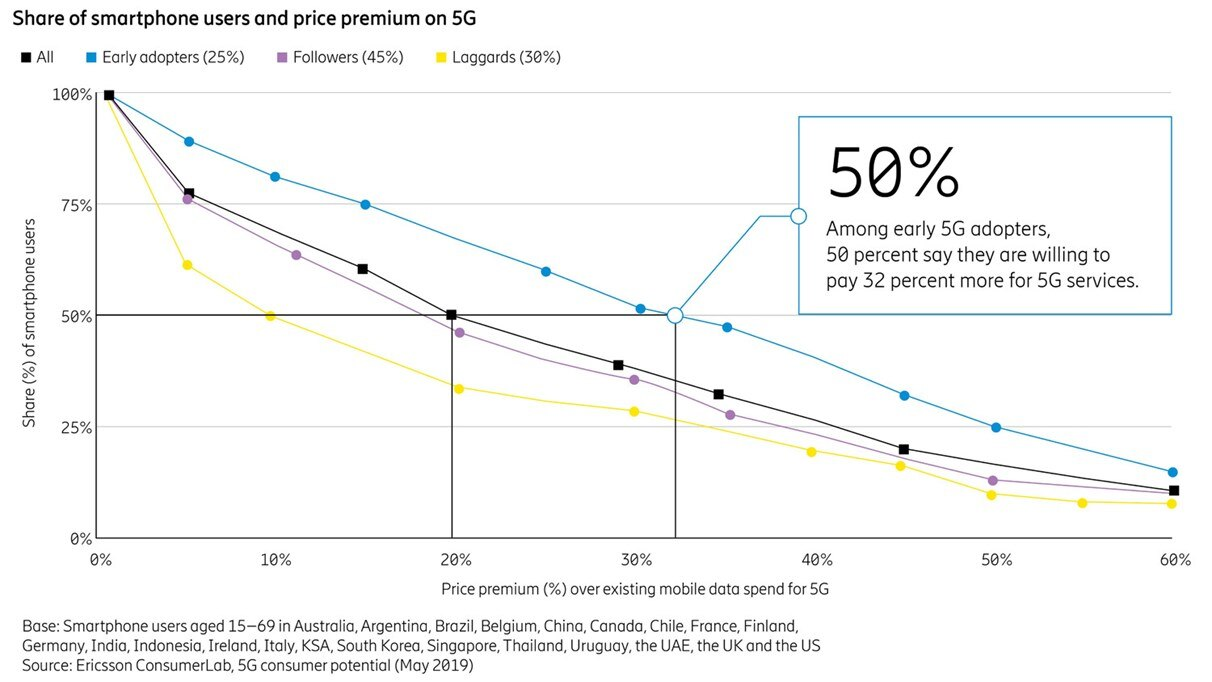 If, as seems likely, much of the early demand for Verizon 5G also comes from business customers, that also suggests potential higher early 5G revenue per account.