Nothing better illustrates the vast change in telco business models, attitudes towards capital investment and operating costs than the situation facing executives in the post-monopoly world. Under monopoly rules, service providers operated under simple rate of return rules that guaranteed a single-digit profit on literally all capital investment plus accounting costs including operating expenses, as do electrical utilities still covered by such rules.

There are huge behavioral consequences.  Under rate of return regulation, no amount of capex is “dangerous,” as a financial return is guaranteed. Almost no amount of operating cost to maintain quality is problematic, as such costs also earn a guaranteed return.

The business drivers revolve around quality of service, since there is no need to optimize behavior around marketing, competitors or cost containment to preserve profit margins.

The analogy might be made to the pre-deregulation airline industry as well. Though there was competition, it was limited and not based on price–which was regulated–but service quality.

Under such conditions, no financial analyst or regulator is overly concerned about capital investment levels. 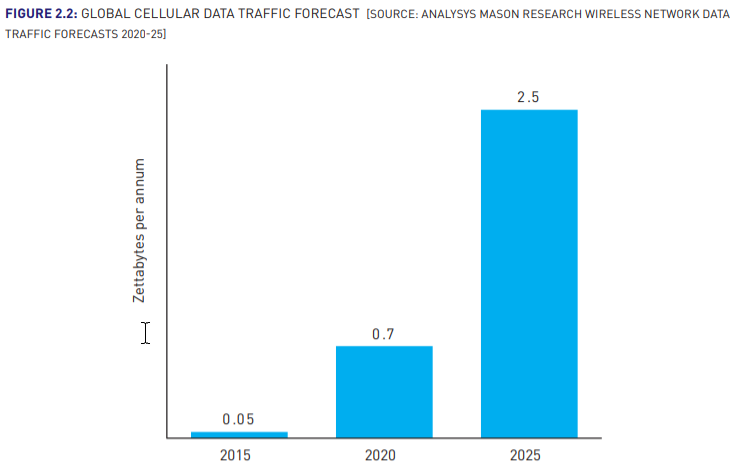 The mobile networks have roughly followed that general pattern, with the exception that a new next-generation network has routinely been deployed, in the digital era, about every decade. That typically has meant higher bandwidths per unit of spectrum as well as lower latency with each generation.

Two big changes have happened since the first digital mobile network generation (2G): the role of data capabilities and the implications of technology advancement.

The new drivers are not necessarily physical obsolescence of much of the physical assets–which include spectrum–but usage that saturates the allocated spectrum assets, plus physical advances in technology driven by Moore’s Law that allow radios and devices to operate more efficiently. Each next-generation platform has improved bit-per Hertz performance, and therefore cost-per-bit, by at least an order of magnitude.

At the same time, latency performance typically improves by an order of magnitude as well.

Though executives might well prefer not to invest in brand-new network platforms every decade, that simply is the way the competitive mobile business works. On the other hand, where capex investment can be phased, it will be.