Ericsson predicts that 5G mobile subscriptions will exceed 580 million by the end of 2021, driven by an estimated one million new 5G subscriptions every day. Europe is off to a slower start and has continued to fall far behind China, the U.S., Korea, Japan and the Gulf Cooperation Council (GCC) markets in the pace of 5G deployments, Ericsson says. 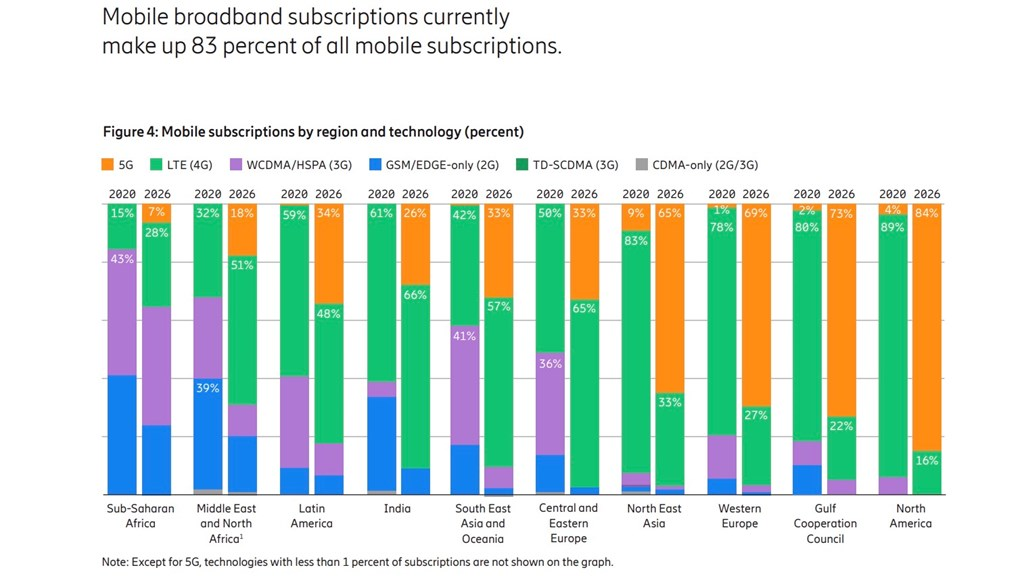 A question some have had about 5G take rates is whether 5G would be adopted slower than 4G, at about the same rate, or faster than 4G. Ericsson has argued for faster adoption.

Assuming 8.8 billion human device mobile subscriptions by 2026, it will take about 3.3 years for global adoption to hit 10 percent take rates, were 5G to launch everywhere, simultaneously. That has not happened, so it is hard to predict when the 10-percent point actually will be reached.

That is a key metric, as popular consumer electronics products hit a growth inflection point at 10-percent take rates. At this point, the clock has not yet started in most countries, so we could well see a 10-percent global adoption rate in perhaps five years.