Specifically, 5G is part of a larger transformation of global public networks involving much lower latency, much more virtualization and new roles for data centers. Those features, in turn, are required to lower the cost of running networks as well as create the foundation for new categories of services that will drive incremental revenue at scale.

Extremely low latency, high connection density, high reliability and gigabit speeds are driving the design of the whole new architecture, with implications for access, cloud computing and virtualization. Virtualization is a key change, with separation of control and signaling functions from delivery of end user traffic becoming key. Lower cost is among the expected outcomes. Greater flexibility also is anticipated.

What might be relatively unexpected is that virtualization will increase the ability to create new virtual networks on a wider scale. That could have key implications for new suppliers, including suppliers that only want to create large virtual WANs to support internal business requirements.

The analogy here is the shift of wide area networking from “mostly public” to “mostly private.” In other words, on many routes, enterprises carry most of the traffic, but only to support their own internal operations. Major app providers, in other words, have vertically integrated WAN services.

That has business model implications both for the enterprises and suppliers of WAN services.

Also, to support new ultra-low-latency apps, data center functions will emerge at the edge of the network. In that sense, 5G and edge computing are parts of a larger trend, the creation of next-generation networks that are both virtualized and built around latency performance.

That stringent latency performance will be needed to support emerging new applications in the connected car, internet of things and real-time application areas. Bandwidth will matter, but latency arguably is the key new capability. 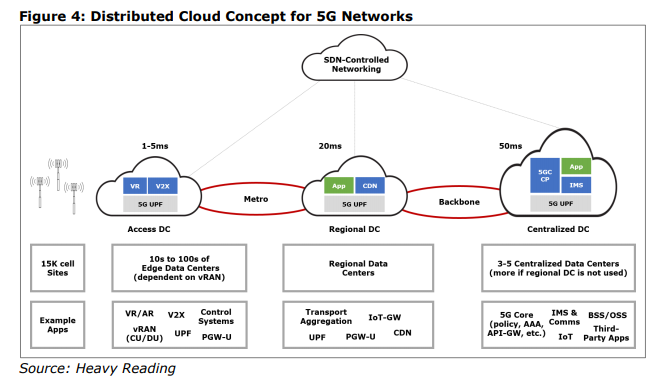